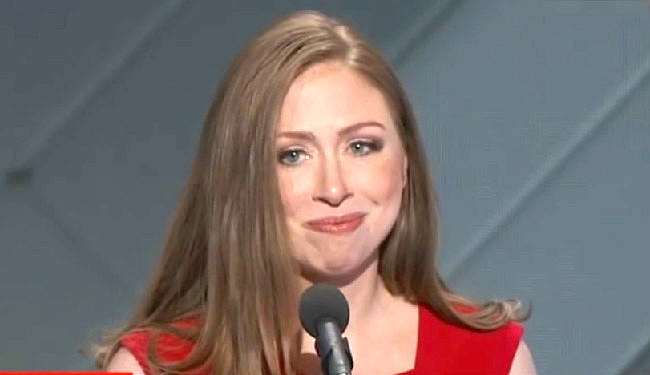 Hillary Clinton addressed the sexual harassment scandal that occurred in her 2008 presidential campaign earlier this week, and her daughter took to Twitter to commend her for getting around to it…after a 10 year delay.

I am proud of my mom for reflecting on a past decision and being thoughtful about what she could have done better and should have done differently. That’s all part of a what a good leader does. https://t.co/n5RU89u9Z1

“That’s all part of what a good leader does,” Chelsea wrote.

Controversy erupted this week after it was revealed that Clinton’s 2008 team did not fire adviser Burns Strider after receiving complaints about his inappropriate behavior towards a female campaign staffer. Strider was sent to counseling on docked pay, while the woman he harassed was transferred to a different position in the office.

A lot of people have asked Clinton to explain herself in the last few days, especially after her former campaign chief said she was overruled when she recommended Strider’s ouster years ago. Just before President Trump gave his State of the Union speech on Tuesday night, the former Democratic candidate released a Facebook statement claiming she wanted to give Strider a second chance at the time.

“I didn’t think firing him was the best solution to the problem. He needed to be punished, change his behavior, and understand why his actions were wrong,” Clinton wrote. “There is no way I can go back 10 years and know the answers. But you can bet I’m asking myself these questions right now.”

Months ago, the former First Lady drew significant criticism for being slow to condemn Harvey Weinstein after it was revealed that the Hollywood mogul and Democratic mega-donor has an extensive history of disturbing sexual misconduct.