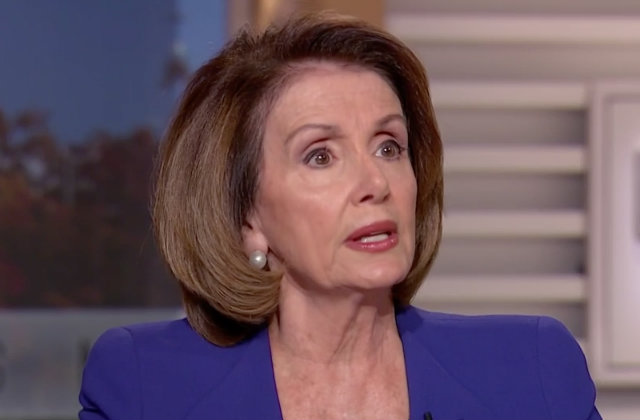 In light of Rep. Adam Schiff‘s accusation that Rep. Devin Nunes made “material changes” to the memo sent to the White House from the one reviewed by Congress, Democratic Leader Nancy Pelosi called directly on Speaker Paul Ryan to remove Nunes from his chair on the Intel Committee.

Pelosi then launched into an attack on House Republicans and called on the speaker to end their pattern of deception and obstruction.

“It is long overdue that you, as Speaker, put an end to this charade and hold Congressman Nunes and all Congressional Republicans accountable to the oath that they have taken to support and defend the Constitution, and protect the American people.”

The Nunes memo, as it has come to be known, contains sensitive and classified information about the FBI, and purports to show bias at the highest levels of the bureau.

The FBI – in a rare public statement – expressed “grave concerns” about releasing the memo to the public.

“The integrity of the House is at stake,” Pelosi concluded. “We look forward to your immediate action this subject.”