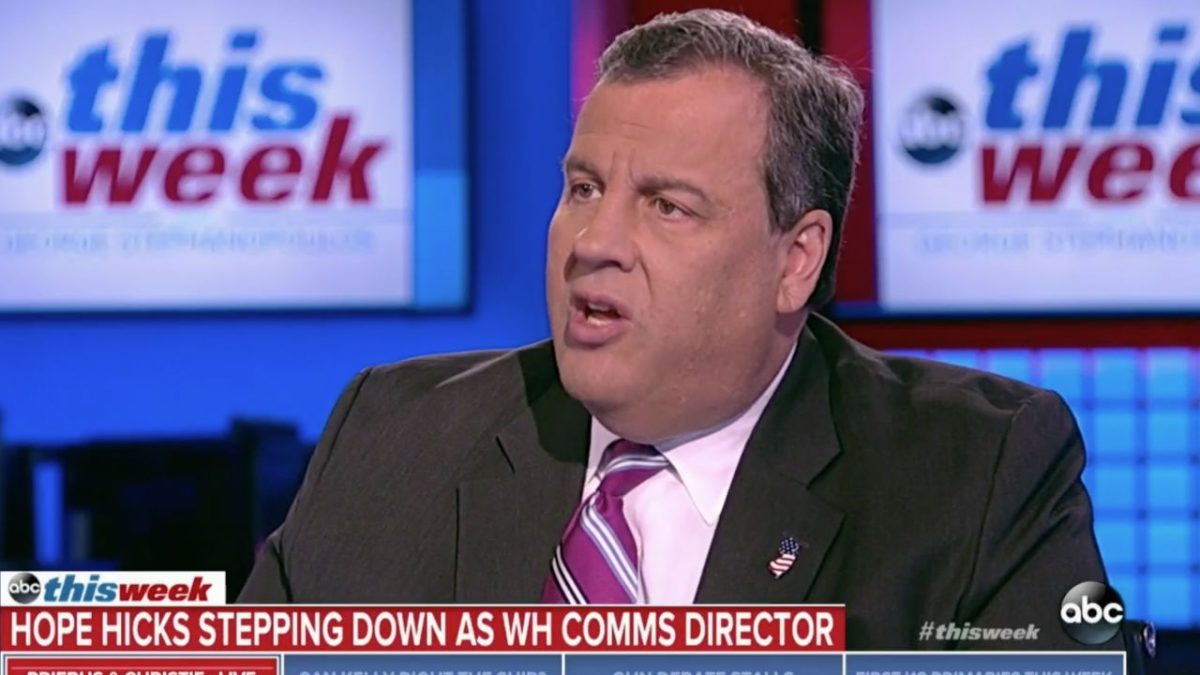 Former New Jersey governor Chris Christie is apparently using part of his new memoir to rip into untrustworthy individuals surrounding President Trump within his own administration.

Axios has a report on excerpts from Christie’s upcoming autobiography “Let Me Finish,” in which, Christie says Trump is dealing with a “revolving door of deeply flawed individuals — amateurs, grifters, weaklings, convicted and unconvicted felons.” Christie describes these people by saying they were “hustled into jobs they were never suited for,” even as the president “trusts people he shouldn’t, including some of the people who are closest to him.”

“I did everything I could to make sure my friend Donald reached the White House fully prepared to serve. But a handful of selfish individuals sidetracked our very best efforts. They set loose toxic forces that have made Trump’s presidency far less effective than it would otherwise have been. If this tragedy is ever going to be reversed, it is vital that everyone know exactly how it occurred.”

The new portions support previous indications that Christie’s book will accuse Trump’s son-in-law, Jared Kushner, of leading an effort to undermine him. The book includes a quote from Steve Bannon that gives clout to the idea that Kushner wanted revenge on Christie for prosecuting a case against his father back when Christie used to serve as a federal attorney.

Once Steve Bannon started unburdening himself … in his Trump Tower office, he couldn’t seem to stop. “The kid’s been taking an ax to your head with the boss ever since I got here,” he blurted out. “It’s been constant. He never stops. Ancient bitterness, I guess.”