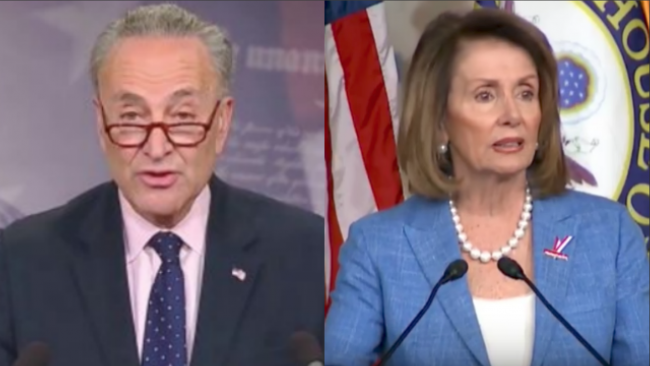 The top Democrats in both the House and Senate have statements out this afternoon praising John McCain‘s decision to reject the Graham-Cassidy health care bill.

Both Chuck Schumer and Nancy Pelosi, as well as some of their fellow Democrats, heralded McCain for his “courage” today:

.@SenJohnMcCain’s courage has always been clear. Thankful to him & Americans who raised their voices for their strength & determination.

Thank you John McCain for your courage. War heroes who were captured tend to have a lot of courage. cc: @realDonaldTrump https://t.co/4pTkkQpuWu

Thank you, Chairman McCain. Thank you for your courage, your dignity, your compassion, and your commitment to a functioning Senate. https://t.co/HBqpwDn3HR

Thank you @SenJohnMcCain for your political courage standing with the estimated 32 million Americans who would lose their health coverage. https://t.co/wtanoIjbOk

And Bernie Sanders, set to appear on CNN next week with Amy Klobuchar to debate health care with Lindsey Graham and Bill Cassidy, also thanked McCain:

Thank you, John. You have the conscience that I wish very much the rest of the Republican leadership had as well. https://t.co/pDfxnjbYx1