CIA Chief Expresses Concern That ISIS Could Carry Out Istanbul-Style Attacks in U.S.

CIA Chief Expresses Concern That ISIS Could Carry Out Istanbul-Style Attacks in U.S. 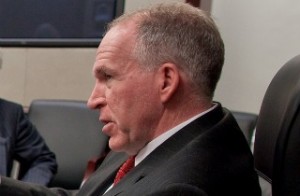 In an interview Tuesday with Yahoo News, CIA Director John Brennan expressed concern that ISIS would try to carry out an attack in the United States similar to the one on Tuesday that killed 41 people and injured over 200.

“You look at what happened in the Turkish airport, these were suicide vests. It’s not that difficult to actually construct and fabricate a suicide vest,” Brennan told Yahoo News Deputy Editor Daniel Klaidman. “So if you have a determined enemy and individuals who are not concerned about escape, that they are going into it with a sense that they are going to die, that really does complicate your strategy in terms of preventing attacks.”

Brennan said ISIS is using terror tactics to “offset” tactical battlefield setbacks and losses of territory in Syria and Iraq. But he was quick to add that the wider offensive in the region and Europe and beyond is “not solely” a reaction to losses in Iraq and Syria. “Over the past year and a half they have made a more determined effort to carry out attacks abroad, and we see in terms of their plans, their preparations, the movement of people as well as propagandizing outside, exhorting, inciting a much more determined effort to carry out these external operations,” Brennan said.

The day following the interview, Brennan said, “If anybody here believes the U.S. homeland is hermetically sealed and that ISIL would not consider that, I would guard against it.”