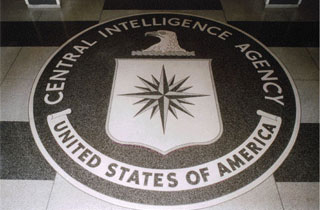 Jeffrey Sterling, an ex-CIA officer convicted under the Espionage Act for leaking documents to the New York Times, was sentenced to three and a half years in prison for his actions.

Sterling had been accused of leaking information to the New York Times‘s James Risen about the CIA’s attempt to sabotage Iran’s nuclear development, which Risen then published in his 2006 book State of War, and was found guilty back in January. (Risen himself became the subject of his own story, in which he and the Times successfully fought off a subpoena attempting to force him to divulge his source.)

According to the Times,, given the attempt to classify his crime as a violation of the Espionage Act (which would have classified him as a spy and not a leaker), Sterling’s sentence was surprisingly lenient. While the Department of Justice wanted Sterling to receive a sentence of twenty-plus years in prison, as suggested by federal guidelines, the judge in the case declined to do so:

Judge Leonie M. Brinkema gave no indication that she was swayed by the government’s argument that the book had disrupted a crucial operation, or harmed national security. She said she was most bothered that the information revealed in “ State of War” had jeopardized the safety of the Russian scientist, who was a C.I.A. informant. Of all the types of secrets kept by American intelligence officers, she said, “This is the most critical secret.”

She said Mr. Sterling had to be punished to send a message to other officials. “If you knowingly reveal these secrets, there’s going to be a price to be paid,” she said.

The Times noted that Sterling’s sentence was still lengthy compared to that of General David Petraeus, who was placed on probation after he was found guilty of leaking classified material to his biographer (the one he also sexed).