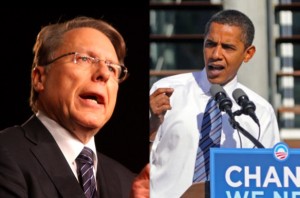 There were those – particularly some conservatives — who were skeptical of CNN’s Guns in America Town Hall was going to be presented last night from Washington. Would it be a fixed fight, loaded with T-Ball questions for the president to knock out of the park when it comes to gun control? Or would CNN opt for what makes for better, more compelling television?

How does one define better, more compelling TV? Quite simply – at least in the cable news universe – I define it this way: An evenly-matched debate without the participants screaming over each other to the point the audience doesn’t know what’s even being said. The noise and insults become the takeaway with no tangible perspective or idea advanced in the process. Some call a civil, thoughtful exchange boring because it lacks so-called fireworks. But when the topic is as complex and important as gun violence in America with solutions both multiple and comprehensive, there is a place for the kind of discussion outlined above.

And that’s what CNN and Anderson Cooper –- who is proving lately to be the best pound-for-pound moderator out there right now — gave us last night. By Mediaite’s count, the questions asked were evenly split between those in line with Mr. Obama’s view on guns and those who are opposed to it. Said questions were pointed and specific, especially from those like the widow of Chris Kyle (Taya Kyle), who stated (among other things):

I appreciate you taking the time to come here. And I think that your message of hope is something I agree with. And I think it’s great. And I think that by creating new laws, you do give people hope. The thing is that the laws that we create don’t stop these horrific things from happening, right? And that’s a very tough pill to swallow.

And yet, I crave that desire for hope, too. And so I think part of it we have to recognize that we cannot outlaw murder because people who are murdering, right, are — they’re breaking the law, but they also don’t have a moral code that we have. (Later adding) And I understand that background checks aren’t necessarily going to stop me from getting a gun, but I also know that they wouldn’t have stopped any of the people here in this room from killing. And so it seems like almost a false sense of hope.

So these weren’t those annoying Facebook questions asked during, say, a presidential debate, which consist of civilians awkwardly asking a two-sentence question he or she likely rehearsed 100 times. People like Taya Kyle asked several questions during their time but also were able to frame them with detail and examples. The president was able to respond also in detail and had the advantage of not being challenged mid-answer in the way a reporter would with follow-ups or challenges (not because CNN wouldn’t allow it, but because those asking weren’t about to start interrupting a sitting president literally a few feet away from them). That’s not a criticism of anyone… rather simply an explanation around the generic format of Q&A during a town hall setting.

So CNN gets an ‘A’ for format and for the aforementioned even split on questions. Cooper also scores an ‘A’ for questions like this:

You praised their policies over and over. Back in 2008, you said — you talked about bitter Americans clinging to their guns. Even now, these executive actions tended to cause a lot of concern among a lot of people. What can you say to somebody tonight to convince them that you don’t want to take away everybody’s guns? That you’re not coming for their guns?

So here’s an idea if the president wants to continue this gun control campaign and if a cable news network (or any network for that matter) wants one of the highest-rated non-debate telecasts ever: Figure out a way to schedule a debate between an NRA official (like Executive Director Chris Cox, who appeared on The Kelly File last night in what amounted to a State of the Union opposing postgame-response to the CNN Town Hall) and Mr. Obama. NRA CEO Wayne LaPierre would obviously be appropriate here as well (although Cox is a far better orator/debater and more comfortable to watch than LaPierre if his TV appearances are any indication).

Note: Cox’s argument for not accepting the White House’s invitation to appear at the CNN debate was a valid one, as he told Megyn Kelly the NRA was informed it would only be allowed one question to ask the president like everyone else who participated. Know this: The NRA’s differences with the president are multiple and vice-versa, thereby making one question and answer between the two almost pointless.

But if you gave each side a full hour and a fair, tough moderator to referee, it would make for fascinating television.

And who knows? Such a debate might actually find some middle ground on compromise and educate millions on the viewpoints of both sides in the process.

If I’m the president, I make that one-on-one offer.

If I’m the NRA, I stop complaining from afar and take him up on said offer.

And If I’m running any network, I use my most influential resources to find a way to make this happen.