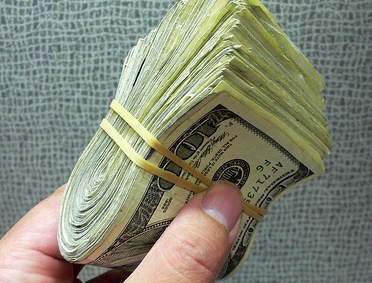 Our 37th President once said the following:

“Let us move from the era of confrontation to the era of negotiation.”

That was Richard Nixon’s proclamation to his fellow Republicans upon accepting the presidential nomination at the Republican National Convention in Miami Beach back in 1968.

46 years later, that kind of talk would absolutely be laughed out of the room (privately, of course) by most Republicans and Democrats alike. With very few exceptions (such as the Paul Ryan-Patty Murray budget deal of two months ago), compromise is something many in Congress have no interest in. Nor the Senate (although more relatively reasonable heads tend to prevail in that chamber). And the President? If the past five years are any indication, negotiation appears to be the least appealing thing to him about the job.

On the media side, cable news is primarily based around four items these days: Political fights, breaking news, pop culture and race. If the first and last elements didn’t exist, that wouldn’t be very good for business (ratings). So if the flames can be fanned even if it means twisting a narrative to do so (or so the thought process goes)…all the better.

The latest proof of this political and media perspective comes in the form of the minimum wage “debate”. As we witnessed, that discussion went exactly the way those paying attention to this stuff would expect it to: Cable news outlet (insert network here) books two guests to discuss the topic. Republican Guest X is for keeping the wage where it is, citing the loss of jobs and damage to small businesses that can’t afford it per the recent CBO report that states said consequences. On the other side of the double-box on your screen, Democratic Guest Y says $7.25 is impossible to survive on and paints all Republicans as heartless in the process for not acknowledging this (the usual moral high-road approach)…while also cherry-picking from the same CBO report that states 16.5 million workers will get a raise (while ignoring those who will no longer be earning anything due to losing their jobs altogether).

To those who follow sports and contract negotiations over a coveted free agent, the all-or-nothing manner the minimum wage argument is being handled–both in the media and DC—is simply foreign. For example, when a free agent baseball player’s agent says he wants $100 million over seven years, and the team counters with $70 million over five years, that’s called a standard negotiation. In the end (and there are exceptions), the two sides will come in somewhere in the middle (say, six years, $88 million). It can get messy (player holdouts after spring training begins, for example), but invariably both sides understand the nature of compromise.

However, as mentioned earlier, compromise does not make for very compelling TV. And many inside the Beltway—particularly in an election year—don’t want to have to explain “defeat” to their constituents by even giving an inch, either (particularly in gerrymandered districts).

What we haven’t seen in this debate—particularly on television—is a simple middle-of-the-road analysis over, say…an increase in the minimum wage to $8.70 per hour (a rounded-off halfway point between $7.25 and $10.10). Would that still cost businesses the 500,000 jobs the CBO projects or profoundly distress small businesses in a crippling way the way a $10.10 hike would? After all, it’s not like the CBO hasn’t explored this option when applying an increase to $9.0 in its analysis.

Upon studying a $9/hour minimum wage, the CBO’s findings make sense. It concludes that the decline in employment would be 100,000 workers, or 400,000 less than the $10.10 model (into the latter half of 2016). It also shows employers would have fewer incentives to drop workers.

It seems so simple and easy enough for the adults in the room to tackle both on the air and at the negotiating table. But we’re so focused on confrontation that pragmatism is kicked to the curb.

Granted, some issues should not be fixed through compromise. Sometimes a bad idea (See: Obamacare) is simply a bad idea. Sometimes you can’t put Humpty Dumpty back together.

But when the average person—the kind of guy or girl who doesn’t live in the political or media bubble—is sitting at home and watching elected officials and experts argue in absolutes, he or she must be scratching their collective heads.

There can be a third and final number in this conversation.

But moving from the era of confrontation to the era of negotiation wouldn’t be very good for business, now would it?