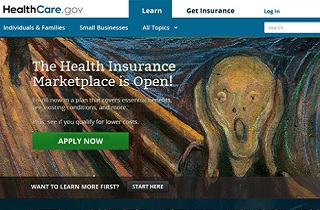 It is a strange day, indeed, that sees an ultra-conservative blog like Brent Bozell‘s Newsbusters giving fairer treatment to a story about Obamacare than the mainstream media, but that’s where the likes of CNN, CBS News, NBC News, and ABC News have taken us. While the supposedly “objective” news media churn out misleading, false, and deliberately incomplete reports on the health care law, Newsbusters‘ Tom Blumer concedes an important facet of the current anti-Obamacare narrative, and makes his (wrong) argument on honestly subjective terms.

The noise of the day on Obamacare is that President Obama “lied” when he said that under the Affordable Care Act, “If you like your private health insurance plan, you can keep it,” and NBC News’ contribution to the “everybody’s health insurance is getting cancelled” narrative is the “scoop” that the President “knew” this wasn’t true when he said it. The basis for that claim is that a 2010 HHS regulation stated that between 40 and 67 percent of people would not end up keeping their existing plans. ThinkProgress‘ Igor Volsky has an excellent explanation of why this is neither a “scoop,” nor evidence of any lie, to which I would only add the painfully obvious observation that there is a big difference between “can keep” and “will keep.” As several Obama administration officials pointed out on Twitter, there is nothing in the Affordable Care Act that forces people out of plans they had when the law took effect:

White House Deputy Press Secretary Eric Schultz: Don’t be foooled. Nothing in the ACA forces people out of their plans. No change is required unless ins companies change their existing plan

Think what you will of this explanation (Obamacare opponents will think it’s overly technical and semantic, supporters might be more satisfied with it), but it is objectively the case that the Affordable Care Act provides for the grandfathering of existing plans, within certain parameters. Unlike his mainstream media counterparts, Newsbusters‘ Blumer engages this argument on honest terms, by conceding the objective truth of it, and arguing the subjective merits (emphasis mine):

The NBC pair’s use of the words “turnover” and “significant,” apparent acceptances of terms Team Obama chose to twist, is unfortunate, and gave Earnest a dishonest opening, as seen above. “Turnover” should really mean “customers switching carriers and/or policies with meaningful changes in coverage.” With that proper meaning, there’s no way “turnover” has been 40 to 67 percent in the individual market after subtracting situations involving minor tweaks to deductibles, co-pays, and the like. Sebelius clearly chose to make “significant” a synonym for “virtually any.”

So “the ACA” itself in isolation doesn’t force people out of their plans. But Kathleen Sebelius’s regulations resulting from “the ACA” do.

Blumer’s premise, that HHS Secretary Kathleen Sebelius has rendered grandfather clauses meaningless through capricious, vague regulations and a situationally flexible interpretation of the word “significant,” may not be correct, but it is one formed on honest, self-evidently subjective terms. Until I read Blumer’s column, I honestly had no idea what was in the grandfather regulations. Maybe the regulations really are a trap that clubs these plans over the head if they move a muscle (which, honestly, wouldn’t bother me all that much, since these plans are toxically devoid of patient protections).

As it turns out, though, pre-ACA health insurance plans have a tremendous amount of flexibility under the grandfather regulations, which state that they cannot:

So, a plan can still jack up copays, deductibles, and out-of-pocket maximums every year, and still retain grandfather status. If a plan loses that status, or an insurer decides to discontinue one (the law enables grandfathering, it doesn’t require it), then the consumer’s complaint should be with the company, not the ACA. You can decide, for yourself, if this fits Blumer’s bill as a deliberately vague vehicle to subvert the law.

The point that all of this shrieking about insurance companies “canceling” people’s insurance misses is just what it is that grandfathering preserves, and whether consumers know what that is, or want it:

Unlike other health plans, job-based plans and grandfathered plans are not required to:

Grandfathered individual health insurance policies — not the kind you get through work — in addition to the exclusions above are not required to adopt the provisions of the law that:

The mainstream media is under no obligation to support or oppose the Affordable Care Act, but they are absolutely obligated to tell the truth about it. When a right-wing columnist is doing a better job at that than you are, something needs to change.