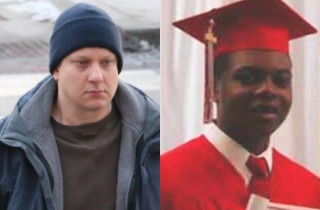 The Chicago police officer who shot and killed Laquan McDonald last year will appear in court for his arraignment today. Reports are indicating that during his appearance, Officer Jason Van Dyke will enter a plea of not-guilty regarding his six counts of first-degree murder and one count of official misconduct.

Earlier this month, Van Dyke was indicted on all charges for the shooting after dash cam footage of the incident sparked outrage among the public. NBC Chicago noted how the officer has been on bail with a $1.5 million bond since November 30, and that his attorney has insisted that the evidence does not convey how Van Dyke feared for his life when he pulled out his gun.

Even though the shooting happened last year, McDonald’s case has been the center of unrest and social justice demonstrations throughout Chicago in recent weeks. Numerous questions continue to surround the case, such as whether the threat from McDonald required lethal force, whether Chicago Police mishandled the case by restricting the release of evidence for so long, and whether Mayor Rahm Emanuel and other officials should resign over the controversy.

Van Dyke’s arraignment comes as Emanuel has decided to cut his Christmas vacation short to return to the city and deal with the case’s continued fallout. Even with the indictment, the investigation of police practices and the resignation of Police Chief Garry McCarthy, the mayor still faces considerable scrutiny for the department’s treatment of African Americans.

UPDATE – 11:50 A.M. EST CBS reported that Van Dyke has, indeed, put in a not-guilty plea for the charges against him.