Dan Rather Calls Out WSJ Editor: Paper’s Plan For Reporting on Trump Lies is ‘Deeply Disturbing’ 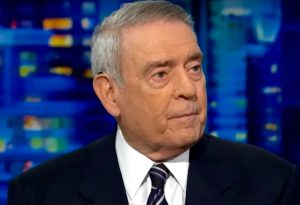 In an appearance on Meet The Press Sunday, Wall Street Journal editor-in-chief Gerard Baker discussed his reluctance to use the word “lie” to label any falsehoods by President-elect Donald Trump.

“I’d be careful about using the word, ‘lie.’” Baker said. “‘Lie’ implies much more than just saying something that’s false. It implies a deliberate intent to mislead…I think if you start ascribing a moral intent, as it were, to someone by saying that they’ve lied, I think you run the risk that you look like you are, like you’re not being objective.”

“A lie, is a lie, is a lie,” Rather wrote. “Journalism, as I was taught it, is a process of getting as close to some valid version of the truth as is humanly possible. And one of my definitions of news is information that the powerful don’t want you to know.”

Rather added that the vendetta was not personal, nor an overall commentary on the Journal.

There is no joy in taking issue with the Journal’s chief editor. His newspaper is a publication for which I have deep respect for the overall quality of its reporting. But, as I have said before and will say as long as people are willing to listen, this is a gut check moment for the press. We are being confronted by versions of what are claimed to be “the truth” that resemble something spewed out by a fertilizer-spreader in a wind tunnel.