Dan Rather: Clinton Campaign, Press Were ‘Tone-Deaf’ About How Trump Was Resonating

Dan Rather: Clinton Campaign, Press Were ‘Tone-Deaf’ About How Trump Was Resonating 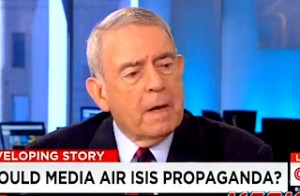 Dan Rather admitted he was “bemused” that the some of the pundits thought Hillary Clinton had a chance to carry Texas at one point during the campaign. The native Texan said he never thought she had a prayer of winning the state.

“In any election in Texas, strength is valued.” Rather told Texas Monthly. “I saw this when I was a young reporter coming up in Harris County. Whether it was a race for the school board or city council or county judge, the person who projected the most strength always won, even if he was a little less principled.”

“He played to people’s fear, resentment, and, yes, some racial prejudices, and that was the path that he tread,” Rather said. “Meanwhile, the Clinton campaign was basically tone-deaf about how this was resonating, and unfortunately, many in the press were tone-deaf as well.”

Speaking with Vanity Fair, Rather offered a bleak outlook for the future of journalism in a world where the government and corporations that own most of the nation’s major media outlets are so closely aligned.

The consolidation of media, the fact that no more than six very large international conglomerates now control more than 80 percent of the true national distribution of news, has created a situation in which the heads of these giant corporations are…There’s no other way to say this: very big business is in bed with very big government to their mutual benefit, not the public’s benefit. These corporations need things in Washington. They need legislation passed. They need regulations eased. And Washington, no matter who’s in charge — Republicans or Democrats — they need a certain kind of coverage.

Rather predicts that the media will lean a bit to the right during the Trump administration, in what he considers something of a standard course correction after a two-term democratic presidency.

“There is a slight shift to the right for news in general,” Rather said. “This was the case when Richard Nixon came into power after eight years of Democratic rule in the 1960s. It was, to some degree, true when John Kennedy came in after eight years of Republican rule. The question is how far this shift is going to go and how quickly it goes.”