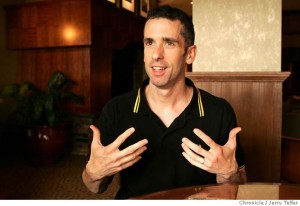 Savage did his reader one (or 41) better:

And, just in case anyone was unsure, the columnist also made clear his stance on Delaware’s Republican candidate for Senate:

It seems that Savage’s missive was written before the recent Witchgate media controversy. Nonetheless, his message is clear and will likely be popular with liberals and left-ish moderates, who will have to schedule their daily “celebration” of O’Donnell around Jon Stewart‘s Rally to Restore Sanity (which also seeks to “activate the youth,” but in a different way) and Stephen Colbert‘s March to Keep Fear Alive.