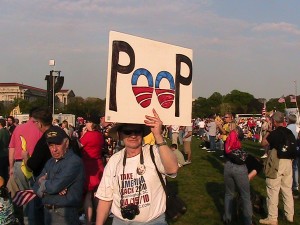 During yesterday’s Freedomworks Tea Party, speakers made frequent references to “infiltrators,” people who might seek to embarrass the Tea Party by posing as a member and acting in an offensive manner. The scheme is the brainchild of Oregon schoolteacher Jason Levin, who’s now been suspended with pay because of it.

The crowd was told to watch out for any offensive signs, so the event’s organizers could eject them. While mingling with the crowd, some Tea Partiers pointed out 2 young men who they called infiltrators, but who really were just openly satirizing the movement. I interviewed them and the man who pointed them out to me. Check out who’s the “good,” and who’s the “bad,” plus my collection of the most offensive signs from this event.

The infiltration idea was just stupid, especially because this guy chose to publicize it. If your position is that Tea Parties are full of violent, racist signage, all this scheme does is give them cover for it. The 2 young men at yesterday’s event, though, were not trying to blend in, but instead, were overtly parodying the Tea Party.

The Tea Partiers around them really impressed me with their calm, reasonable reactions, something I suppose the lamestream media doesn’t often show.

As testament to Freedomworks’ commitment to keeping the ugliest sentiments outside its event, the over-the-line sign hunt yielded slim pickings, and aside from some extraneous apostrophes and quotation marks, most of the signs were grammatically correct.

Here’s a selection of the most offensive signs, although I noted a much higher percentage of “socialism”-themed signs than at last year’s Tea Party. While not as “click-friendly,” these are a much better indicator of the baseline temperature of this movement’s passion. These, and various tax-and-patriotism-themed signs made up about 99% of this event’s signs. 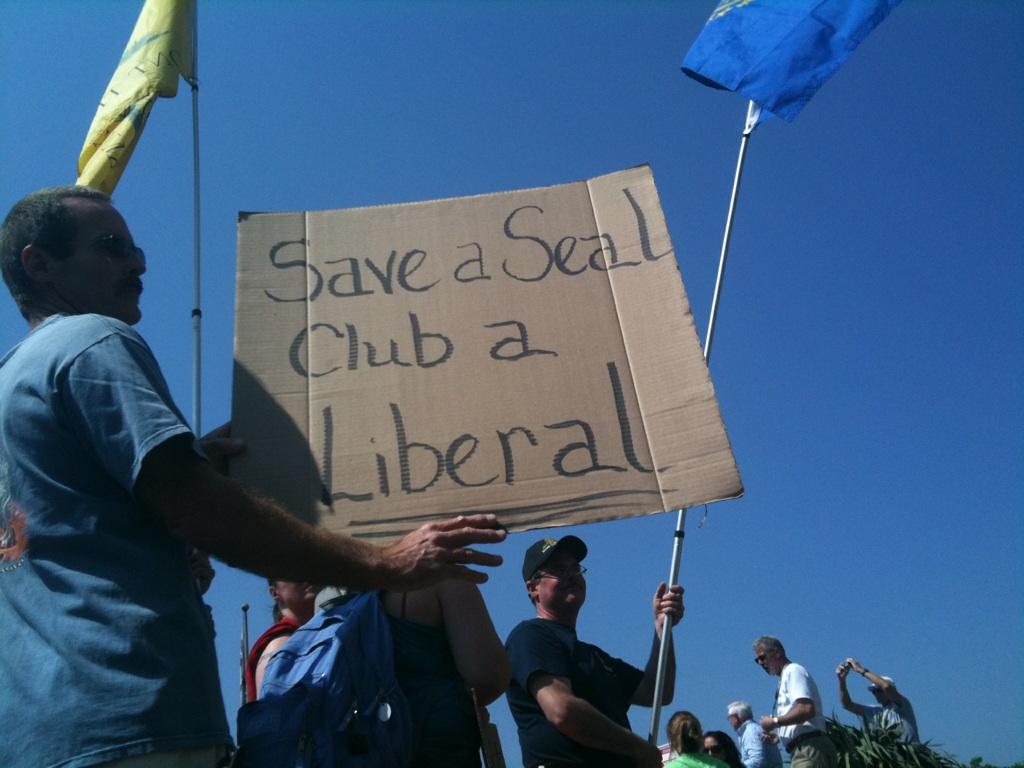 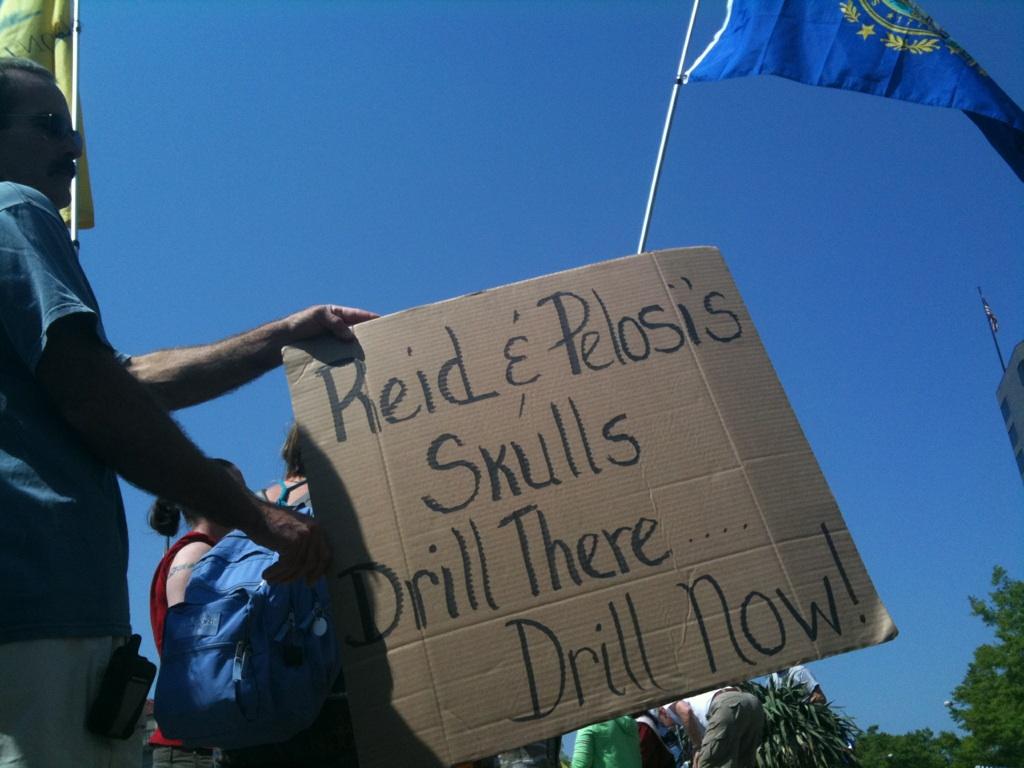 This one’s actually kind of funny, depending on your Rorschach reading of the word “plant.” 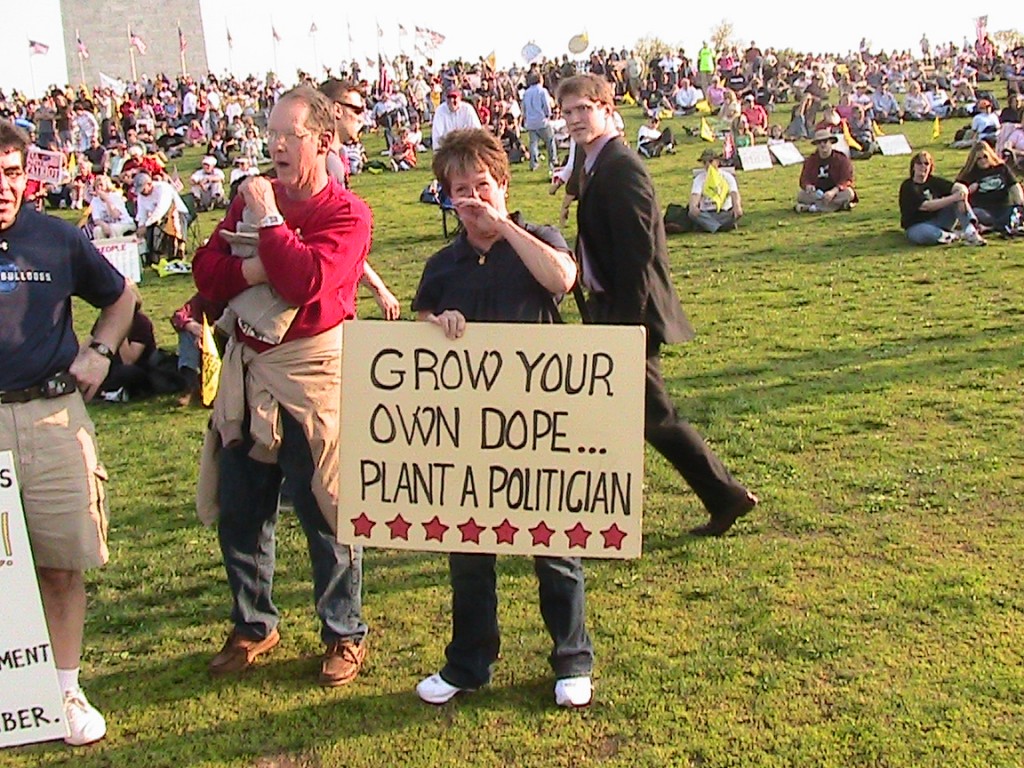 This one is offensive in its lameness. “Poop?” Are you six? 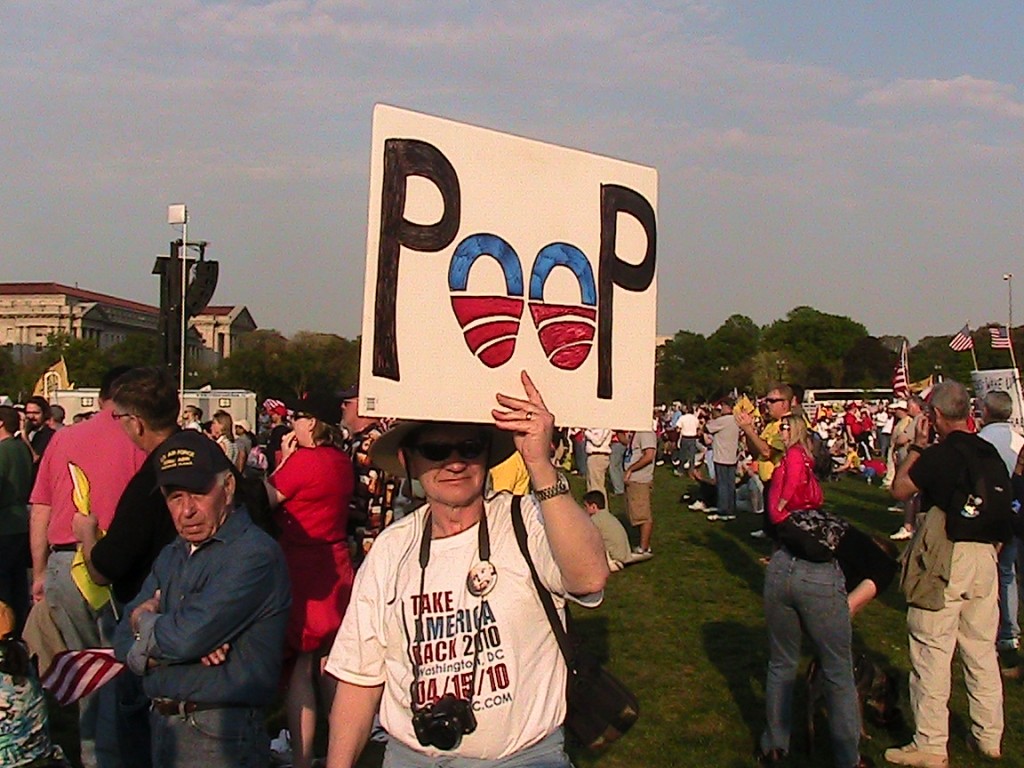 While some might appreciate the turnabout here, this is one of several signs that were less-than-appropriate for the “ladies” Mr. Prince was concerned about. 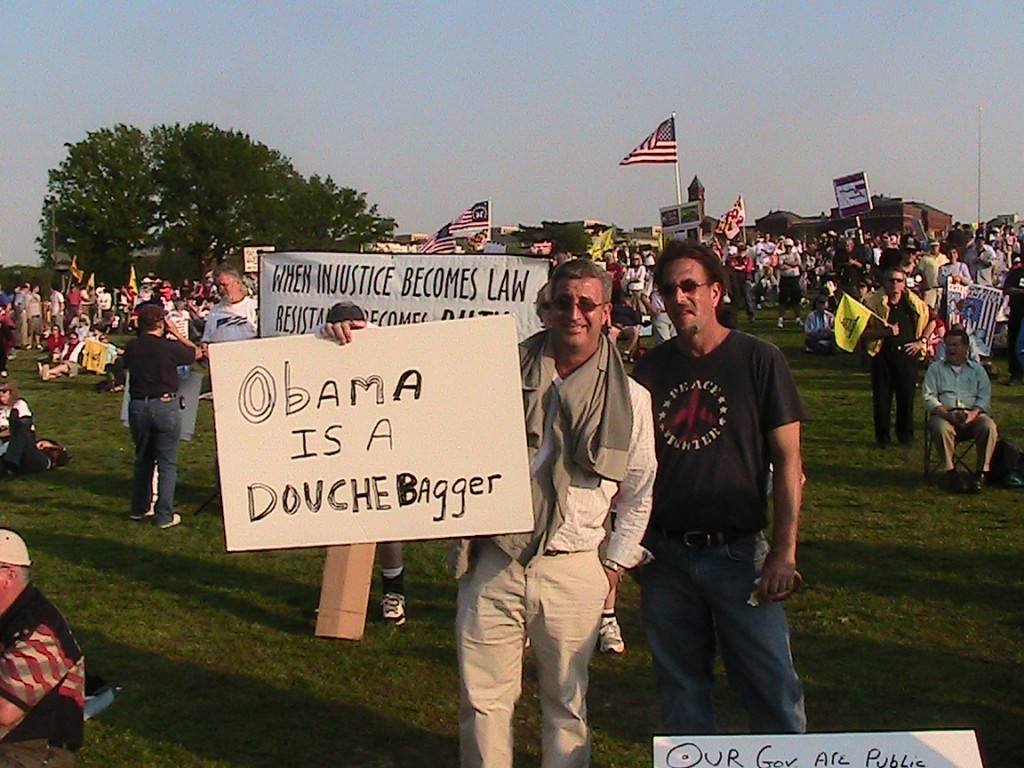 According to this guy, the President is like a Rolo, only instead of creamy caramel, he’s filled with murderous terrorist. 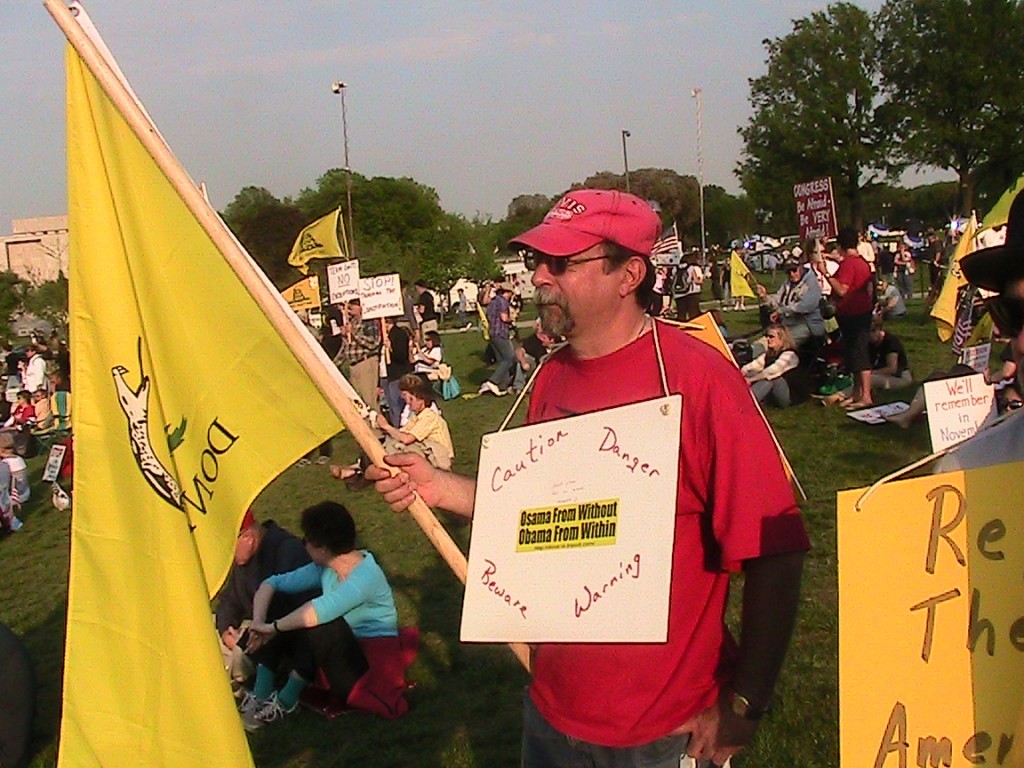 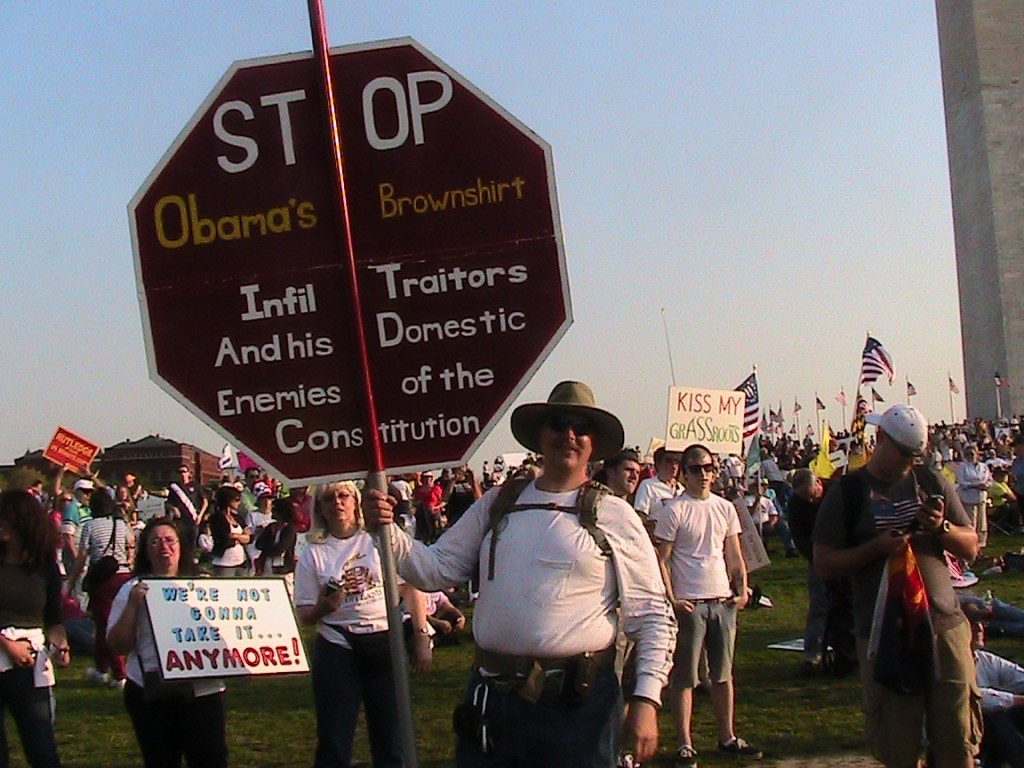 For future referfence, this guy is not, I repeat not, a vendor. 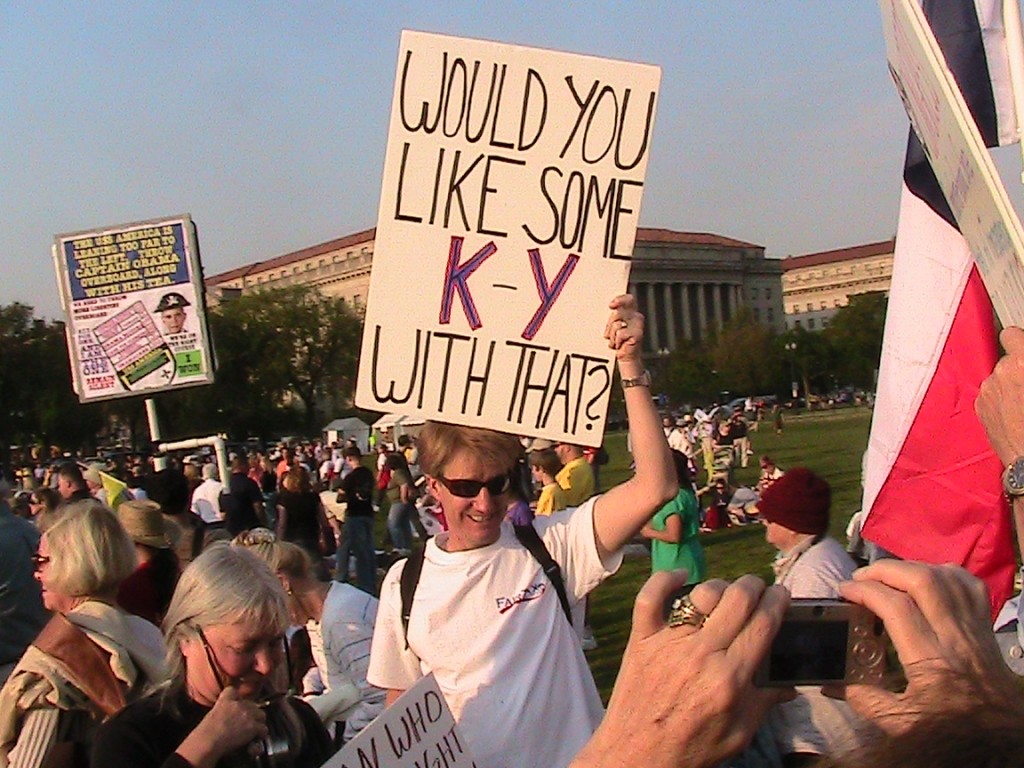 A lovingly rendered portrait of post-adultery imagery, mitigated slightly by the fact that she doesn’t have the President smoking a cigarette. 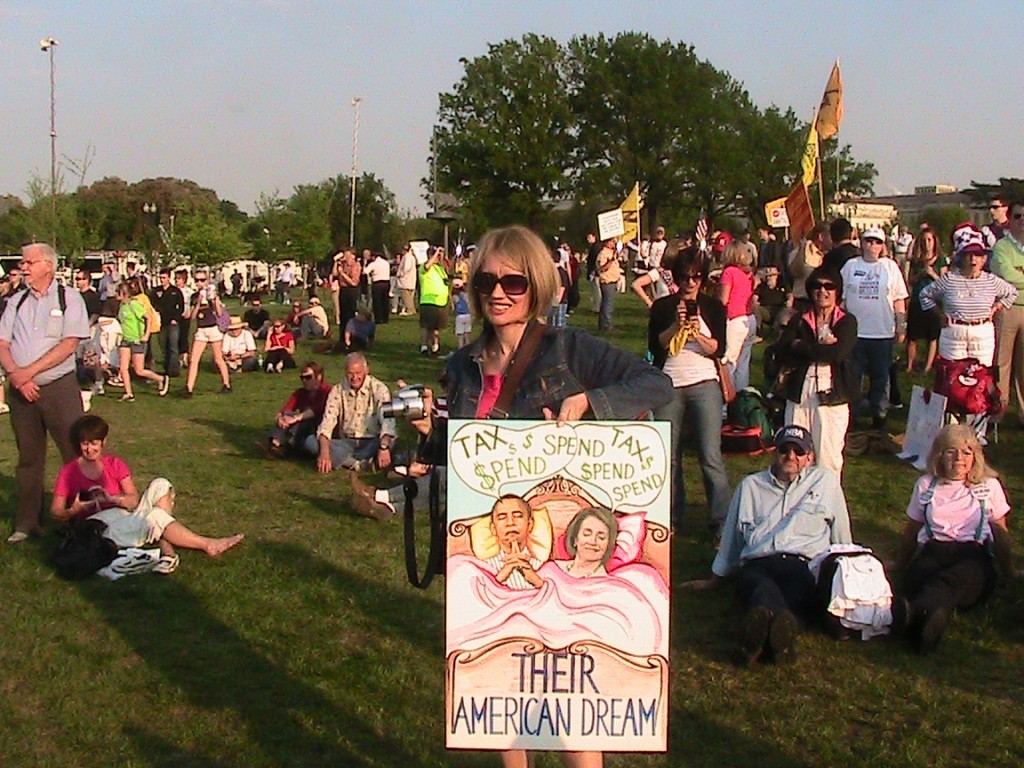 “Pull the plug” with your votes, right? 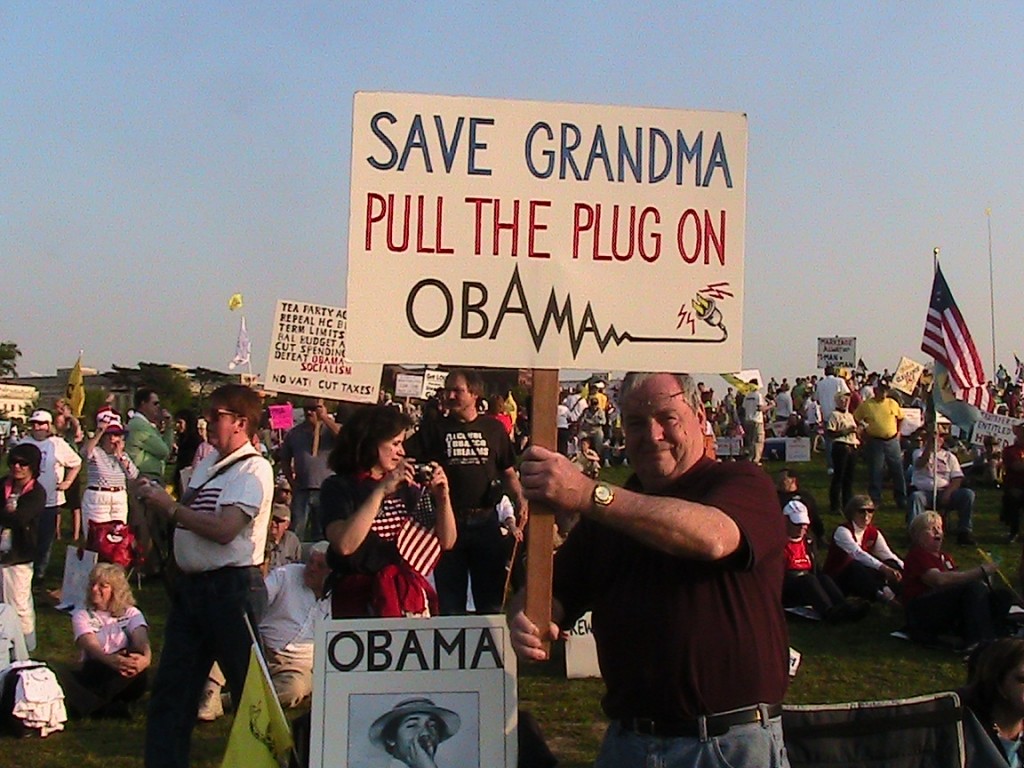 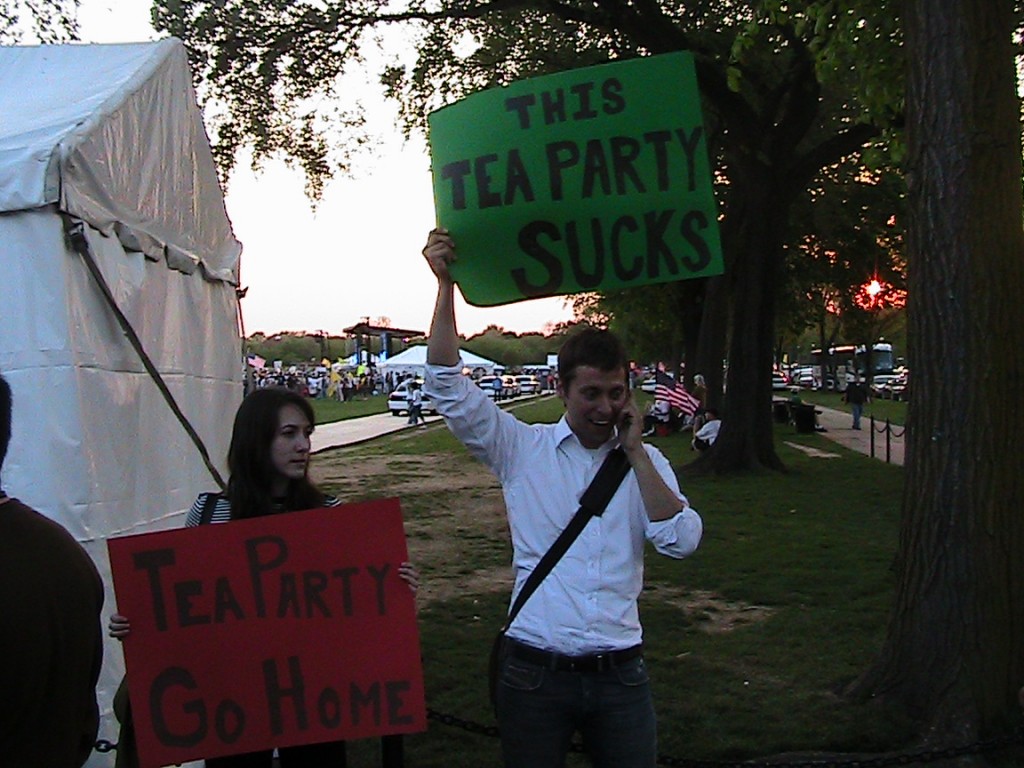