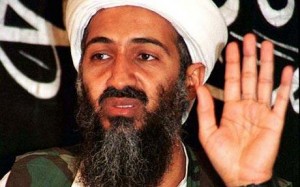 Much has been made about the U.S.’s decision to dispose of Osama bin Laden‘s body within 24 hours, in accordance to Islamic tradition. Senator Lindsey Graham, for one, weighed in on the matter this morning, saying he wasn’t so sure this was “a wise move” on the U.S.’s part. Now, however, some Islamic scholars are arguing that dumping bin Laden’s body into the Indian Ocean may actually go against what is written in the Koran.

The choice of lowering bin Laden’s body into the sea was a calculated choice, of course, designed to avoid his burial site becoming a destination or shrine for religious extremists. But according to Dr. Zuhdi Jasser, president of the American Islamic Forum for Democracy, it’s a decision that went against Koranic scripture:

Dumping the body into the sea is not part of any Islamic ritual. Koranic scripture says God created him and he must return to the earth.

And Sunni leader al-Azhar issued a statement condemning the decision:

The Grand Imam, Dr Ahmed El-Tayeb, the sheikh of Al-Azhar condemned the reports, if true, of the throwing of the body of Osama bin Laden into the sea.

But ABC News’ website offers a description of regulations for a Muslim burial at sea, via AlIslam.org:

The body should be lowered into the water, “in a vessel of clay or a weight tied to its feet,” and as far as possible, it should “not be lowered at a point where it is eaten up immediately by sea predators.”

Tradition dictates that the body is washed by Muslim men and a funeral prayer is said, then it is buried as soon as possible, usually within 24 hours. The body is wrapped in a shroud of white cloth and the face is moved toward mecca. The remains are always buried in the earth.

Similar to the orthodox Jewish tradition, bodies cannot be embalmed or in any way preserved and the coffin, if used, must be wooden.

Either way, at least one Islamic leader, Jasser, doesn’t much care what happens to bin Laden’s body, because, as he sees it, bin Laden was an affront to the religion:

As one who is devoted to Islam and its ideology, it makes me nauseated and sick that someone would make sure he had a religious rite given to a man like this because he was an evil barbarian who declared war against our nation.