Debunking the Progressive Who ‘Gets Things Done’ Myth 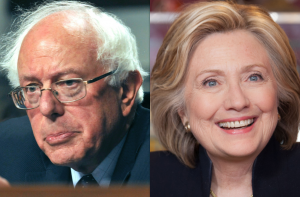 Aside from the Donald Trump circus, what’s been most interesting this election is the creation of memes by candidates and journalists that have no basis in fact.

The facts don’t back up any of this, but corporate media keeps pushing it anyway.

What progressive things has Clinton got done in the past? To her credit, as First Lady, she helped create the children’s health insurance program which gave healthcare to millions of children.

After that, her record gets a lot lighter.

She sponsored three laws as a New York Senator from 2001-2009: establishing a new historic site in New York, naming a post office, and naming a highway after NBC News titan Tim Russert.

According to Politifact, she co-sponsored 74 bills that became law. One was the Lily Ledbetter Fair Pay Act, where she was one of 54 co-sponsors.

“The fact that she co-sponsored these bills doesn’t tell us much about her role in their passage,” Politifact noted. The Ledbetter Act changed previous law that set a 180-day statute of limitations for filing an equal-pay lawsuit.

Clinton also voted for the Iraq War. Years later, she said, “I wasn’t alone in getting it wrong. But I still got it wrong. Plain and simple.”

She voted for the “American Jobs Creation Act” in 2004 — which allowed corporations who were sheltering hundreds of millions of dollars overseas in order to avoid paying U.S. taxes— to bring those profits back at a 5.25 percent tax rate. Citizens for Tax Justice dubbed it the “Corporate Tax Giveaway Bill.” Predictably, the explosion in U.S. jobs predicted by this law didn’t happen.

So, if you’re a progressive who wants to get post offices and highways named, Hillary Clinton seems to be the candidate for you.

While Secretary of State, she pushed countries around the world to embrace fracking.

After repeating the mistakes of Iraq, she strongly advised President Obama to topple Muammar Gaddafi in Libya without establishing a plan to avoid a post-Gaddafi terrorist vacuum. President Obama recently called the lack of forward thinking in Libya his worst mistake as President and called the Libya situation a “mess.” She also advised Obama to intervene in Syria in order to topple President Bashar al-Assad. Obama said no.

And then there’s the flood of flip-flopping, some so egregious it makes Mitt Romney look like an authentic public servant.

“NAFTA is proving its worth,” she said as First Lady. In her 2003 memoir, she wrote on NAFTA: “Although unpopular with labor unions, expanding trade opportunities was an important administration goal.” While running for president in 2008, she said “NAFTA was a mistake to the extent that it did not deliver on what we had hoped it would.”

The Trans-Pacific Partnership was the “gold standard” for trade, Clinton said in 2012. But in Hillary for president 2.0, it “didn’t meet my standards.” Could that have had anything to do with the fact that she was facing an insurgent progressive — who was closing the polling gap with her — named Bernie Sanders?

Sanders has been lambasted as a one-trick pony who’s never shown any success in converting his loud cry for progressive change into actual legislation.

According to Politifact, between 1995 and 2007, “Sanders passed 17 amendments by a recorded roll call vote — more than any other member in the House.”

University of Virginia’s Craig Volden, who Politifact described as an “expert on the legislative process” credited Sanders: “There are so few members with large numbers of substantive and successful amendments.” Hillary Clinton passed zero roll call amendments from 2001-2009.

Meanwhile, Hillary Clinton’s policy proposals have been met with the “pragmatism” label and a beltway media who predicts she’ll have a better shot at getting legislation passed.

Clearly, her plan to “expand Obamacare” will be met with open gates and cheers from a Republican Congress who’s voted to repeal the law 50 times. Her vow to close the gender pay gap for women will be celebrated by the sea of older, white Republicans who control Congress and have never shown one iota of concern for equalizing the gender playing field.

But Clinton is “pragmatic,” so her policies have a better shot at passage. Sanders is simply “pie in the sky,” even though more than any other candidate, he’s shown to have the essential army of young voters needed to seriously challenge Republican control of the House of Representatives in this election.

After all, neither of these candidates is going to get much capital P progressive legislation passed through this do-nothing Congress.

Sanders has also been consistent in his policy proposals and diagnoses of the problems for decades — an important factor when considering whether a candidate will actually follow through with said proposals or water them down into centrist, borderline-Republican legislation for the sake of “getting things done.”

That’s the essential story of this campaign: does the Democratic Party want to be a party of “getting things done” that don’t make a real crack in the 30-year explosion of income funneling to the wealthy or be the party that stops settling for compromises that continue the status quo?

It’s a lot harder — but much more important — to dig deeper into the memes and labels of each candidate and actually report the truth based on facts.

Jordan Chariton is a Politics Reporter for The Young Turks, covering the presidential campaign trail, where he’s interviewing actual voters on both sides along with candidates. Follow him @JordanChariton and watch videos at YouTube.com/tytpolitics