Democrats and Republicans Unite to Go Viral on Twitter with #StopTheNSA

Democrats and Republicans Unite to Go Viral on Twitter with #StopTheNSA 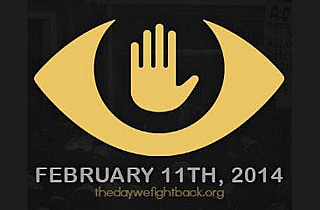 Tuesday, Feb. 11, was officially declared “The Day We Fight Back” by anti-mass surveillance activists, launching a massive Internet campaign that included support from people with a wide array of political backgrounds.

Sponsored by groups like the American Civil Liberties Union and Amnesty International, along with social websites like Reddit and Tumblr, the day of action sought to inspire those opposed to the National Security Agency’s surveillance activities to call their elected officials and demand reforms and privacy protections.

The Internet-based movement generated hundreds of thousands of social shares, including supportive tweets by elected officials from both parties:

The NSA is out of control. #NSA #StopTheNSA pic.twitter.com/PZeVjv2imk

I support 'The Day We Fight Back' protest against NSA domestic surveillance. Mind your own business, NSA! https://t.co/L3ed0EvZvH

I invite you to join me in the fight against the NSA surveillance program. Today is the day we begin to fight back: http://t.co/8BSVf49CIi

RT if you want to #StoptheNSA from collecting your metadata. Today is #TheDayWeFightBack in the name of privacy. @DayWeFightBack @EFF

Several web companies got in on the action as well:

It's time to reform government surveillance. Join us in speaking up to Congress: http://t.co/RKsmb7UuSm #thedaywefightback

The Day We Fight Back: http://t.co/qv0GNLwQc5

The day of activism preceded Sen. Paul’s anticipated Wednesday announcement of a lawsuit against President Obama, the NSA, and others involved in the collection of private personal data.