Dick Morris On Getting Hispanics To Vote GOP: Convince Them To Avoid The ‘African-American Model’

Dick Morris On Getting Hispanics To Vote GOP: Convince Them To Avoid The ‘African-American Model’ 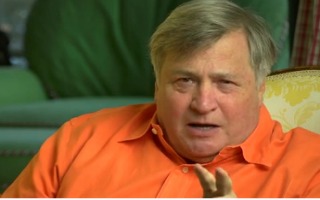 Former Fox News Channel contributor Dick Morris took to his website on Wednesday to impart a bit of his political insight. In his latest video, Morris took on the challenge Republicans face in their efforts to woo Hispanic voters. He said that Latino voters are “Republicans at heart,” but they need to be convinced to pursue a path towards societal assimilation followed by most European immigrant groups. Morris specifically advised Republicans to warn Hispanics against pursuing the “African-American model” of assimilation into American society.

“These voters are Republican, they’re not Democrat,” Morris declared. “They’re just like any other immigrant group that came to the United States.”

“They come in poor, identify with the Democratic Party – Tammany Hall used to run them – and then as they move up economically, because they’re very ambitious and upwardly mobile, they switch and begin to vote more and more Republican,” Morris added.

He noted that the only group that has not followed that path of political maturation has been African-Americans. Morris said that African-Americans enjoy a unique political trajectory; as a group, they voted almost universally for Republicans after the Civil War and later voted nearly universally for Democrats after the Civil Rights Act was passed.

“If we make the immigration issue go away, the Latino voters are going to vote Republican,” Morris advised. He said Latinos in the United States are “Republicans at heart,” and all the GOP has to do is convince Hispanics that to follow the assimilation model preferred by nearly every ethnic minority save African-Americans.

And when you say to them, which model would you like to see? The Italian, Irish, Jewish model of you come here, you work hard, you’re family oriented, you move up, and you succeed? Or the African-American model: you come here, you remain cohesive as a group, you fight for political power, you seek to maximize entitlements, and you fight for your ethnic group as an ethnic group. They overwhelmingly prefer the traditional immigrant model.

Morris cautioned that if Republicans do not appeal to Hispanics, they are staring at the potential for a demographic catastrophe that will rob the party of traditional strongholds like areas of the Southwest and the Deep South.

Watch the video below via DickMorris.com: