Did Anderson Cooper Just Call Trump a ‘Tool’ and ‘Pathetic Loser’ on Twitter?

Did Anderson Cooper Just Call Trump a ‘Tool’ and ‘Pathetic Loser’ on Twitter? 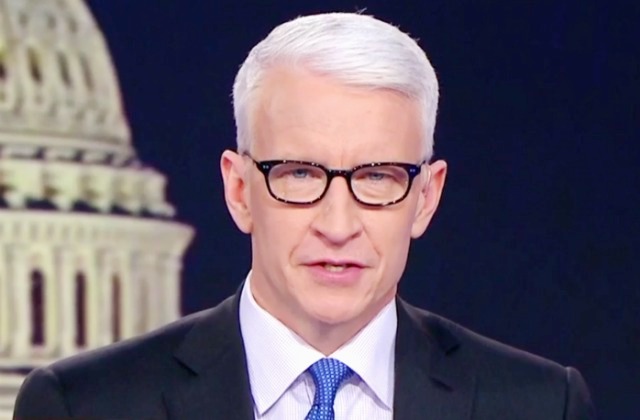 Either Anderson Cooper‘s Twitter account has been hacked, or the CNN host has just launched a serious jab at President Trump.

Earlier today, Trump claimed that the deck was stacked against Roy Moore, and that he “was right” to endorse Luther Strange in the primaries for the Alabama senate race. Trump went all in for Moore over the last few days, though now it seems like the president’s trying to wash his hands of him after the controversial candidate was defeated by Doug Jones last night.

In any event, when Trump sent out his tweet, he received quite a response from Cooper: 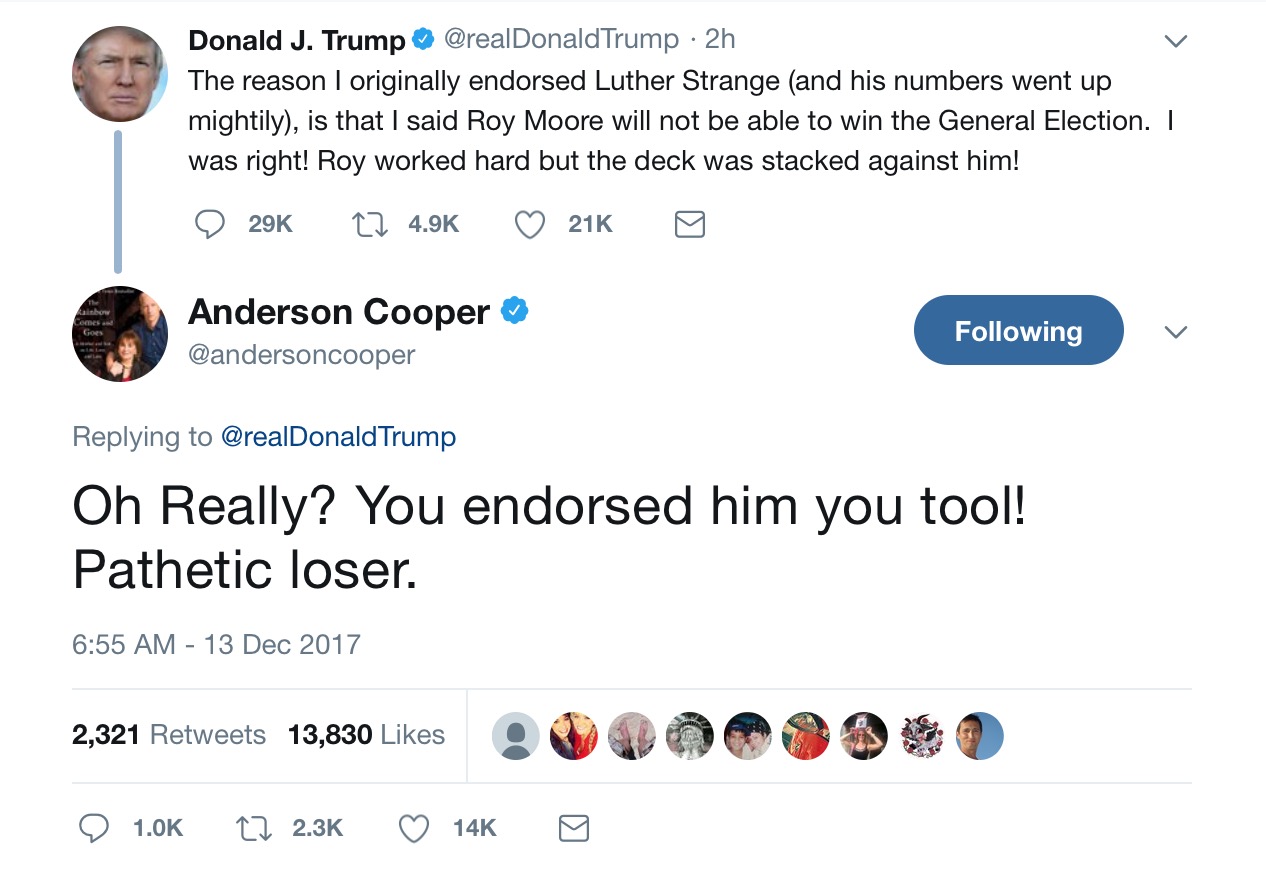 The tweet has been deleted, and Cooper and CNN’s PR team are insisting that he did not actually send that message out.