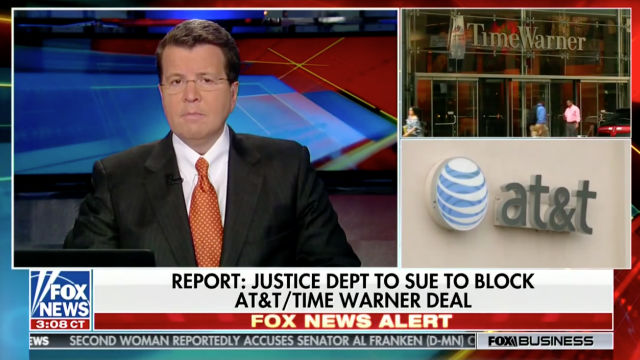 The Department of Justice is filing suit today to block the merger of AT&T and Time Warner, per multiple reports:

URGENT: The Justice Department is set to file a lawsuit to block AT&T’s takeover of Time Warner, the parent company of CNN, a source familiar with the matter says. I'm joining @BrookeBCNN on CNN now…

The Justice Department is set to file a lawsuit today challenging the AT&T-Time Warner deal https://t.co/BoKQFKMLsl

There were reports recently that the DOJ has been saying Time Warner needs to sell CNN before the merger can be approved. The CEO of AT&T subsequently said in a statement, “Throughout this process, I have never offered to sell CNN and have no intention of doing so.”