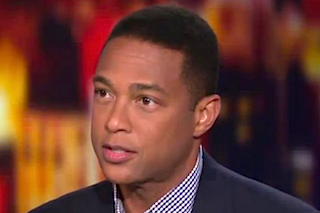 Vester Flanagan, the former WDBJ reporter who went by the name Bryce Williams and killed two of his former colleagues on-air yesterday morning before taking his own life, wrote in his manifesto that he faced workplace discrimination as a black, gay man. During his regular radio commentary today, CNN’s Don Lemon, who also happens to be black and gay, said he believes the shooter was “racist.”

“It is a television journalist’s worst nightmare,” Lemon said, recounting the details of how reporter Alison Parker and cameraman Adam Ward were gunned down on live television. “The station’s managers and his co-workers say Flanagan was fired because he had become increasingly difficult to work with. They say he wasn’t a good on-air reporter,” he added of the shooter’s relationship with WDBJ management. “But Flanagan saw it differently.”

In his manifesto, Flanagan said it was the Charleston church shooting that sent him “over the top” and invoked a “race war” against the likes of Dylann Roof, who said his motivation was to kill black people in that attack.

“The discussion about Flanagan has mainly centered on mental health and whether Flanagan was mentally ill,” Lemon said. “The other, lesser discussion, has been whether he was racist.”

“If one looks objectively at Flanagan’s actions and history, one can’t help but come to the conclusion that both are probably true,” he continued. “Flanagan killed the two young people because they were white. He admitted as much. And yes, anyone who does what he did was also out of their mind.”

During live coverage of the shooting on Fox News yesterday, Gretchen Carlson asked a security expert why the WDBJ shooting is not being considered a “hate crime.” Because Flanagan knew his victims personally and had specific grievances against them, the shooting has been labeled “workplace violence.”