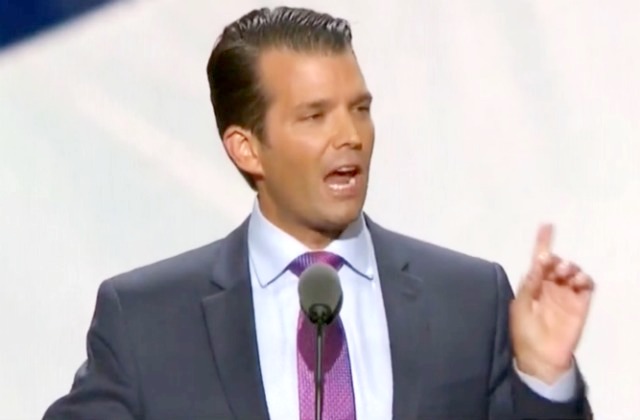 CNN corrected its erroneous report about an email Donald Trump Jr. received about information WikiLeaks had, and the President’s son let loose on Twitter.

The report initially said he got the email on September 4th, which would have been a big deal… except that the email was actually sent on the 14th, after this information was already public.

Trump Jr. went off on CNN (and CBS, which also had to correct its report after getting the wrong date) on Twitter in the wake of the backlash the report was getting:

This is #fakenews and if CBS had any credibility as a media organization they would print a retraction immediately. https://t.co/KUTDWKxOpy

I know you can’t help but spread #fakenews @cnn, but now that you know the truth you should have the decency to retract the false story, make the correction, take down the bs tweet, and apologize to the 2 or 3 people that still believe you to be credible #yourewelcome https://t.co/bjL6mSdaii

What are the odds that @cnn has the decency to make a full retraction??? You know, a real one, not hidden on their website or with a 3am tweet. I’m guessing slim to none. #fakenews #notholdingmybreath https://t.co/asrWNaDlkc

Maybe try reaching out to someone other than the liberals in the room who run to you breaking their agreed upon confidentiality to create their narrative and maybe you will get facts… Otherwise you nailed it. #fakenews https://t.co/bZBjqCEW0p

Like warm beer this keeps getting worse with age. #fakenews https://t.co/oueEC31dbM

Because they heard what they wanted to hear and that’s enough for them. #fakenews https://t.co/yt1tQfnWZU