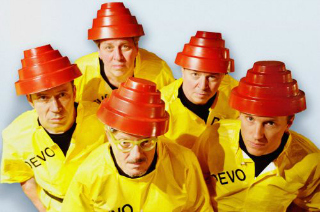 Band member Jerry Casale told Rolling Stone that the song, called “Don’t Roof Rack Me, Bro! (Seamus Unleashed),” is not actually meant to be a “red-state thing or Devo stumping for Obama.”

Instead, Casale says, the song is meant so that “any animal lover that hears the story will learn so much about the character flaw of Romney. It’s just a deal-breaker about the man. My God, the world is a scary place with seven billion people. What you want in a leader is a guy with some humanity at his core. I just don’t feel that Mitt does.” 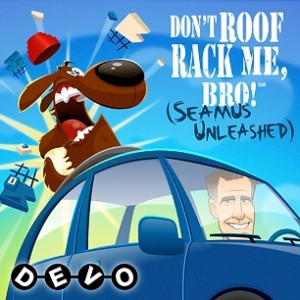 The song’s verses plead with the long-dead Seamus to return and tell the world of how his master mistreated him: “Your master’s story seems air-tight / But somethin’ about him isn’t right / He’ll say anything to win the race / Wish you could rise up from your grave / And tell the world / How his smile hides / The soul of an angry little man.”

Devo supported then-Senator Barack Obama‘s 2008 presidential run with a performance in Akron, Ohio, but Casale said he doesn’t necessarily approve of everything President Obama has done: “Absolutely not. Devo are not naive people. If anyone still thinks that the President of the United States of America runs things, they really live in the Wizard of Oz-land. My God, we’re a plutocracy. We’re owned and leveraged by global corporations.”

Listen to the song below: