‘Drink As Much as You Can’: Twitter Survives Trump’s 80 Minute State of the Union

‘Drink As Much as You Can’: Twitter Survives Trump’s 80 Minute State of the Union 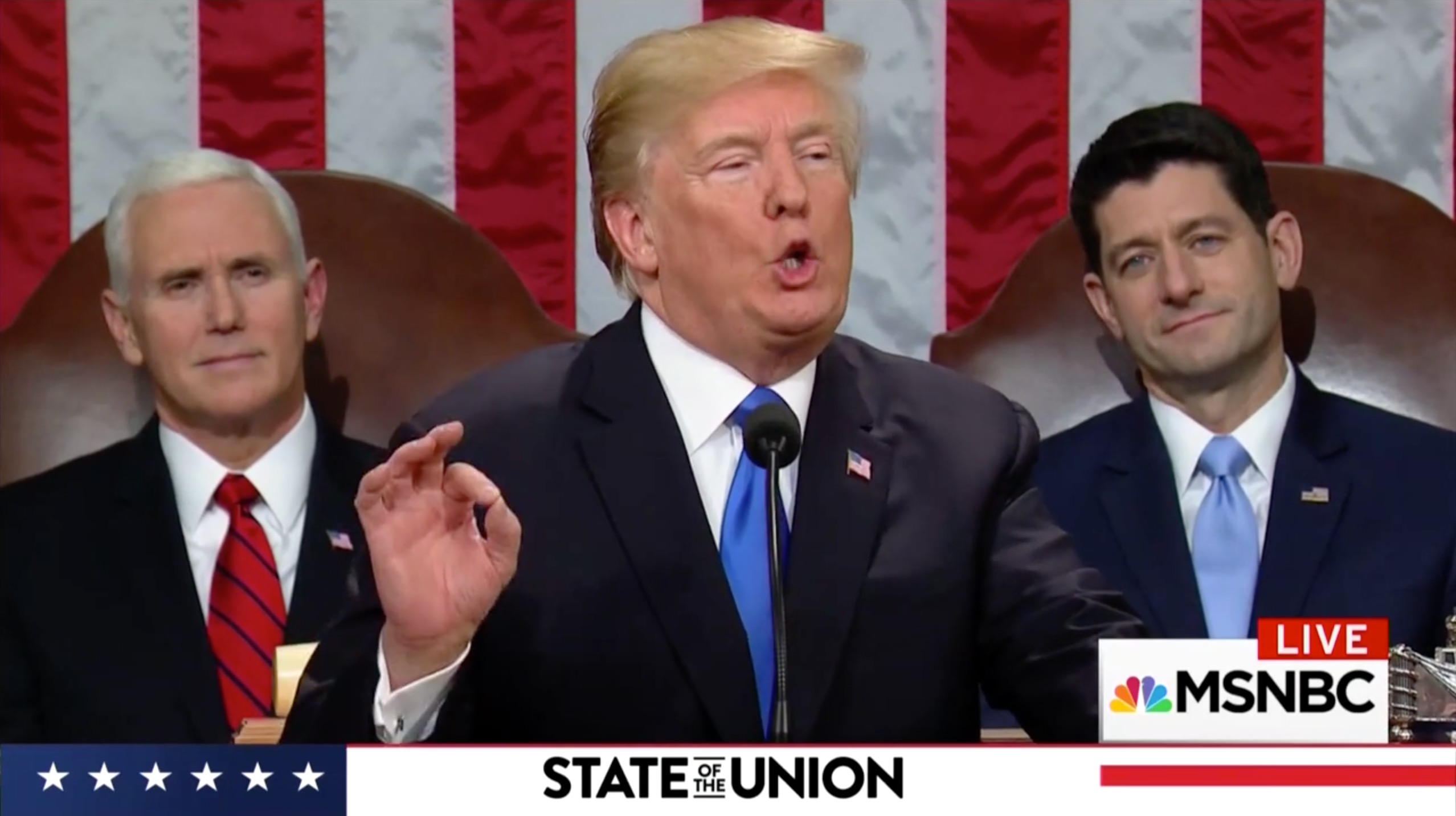 All eyes were on President Donald Trump’s State of the Union speech — which touched on topics from immigration to the economy and national security — and captivated Twitter on Tuesday night.

And that’s not hyperbole — Trump’s speech was actually the must tweeted SOTU ever, I assume because President Obama was just not as meme-worthy.

Twitter: With 4.5M Tweets, tonight’s speech was the most Tweeted #SOTU or #JointSession address ever, surpassing last year’s record of 3 million Tweets.

The speech, which to the dismay of the usual bomb-throwers was light on Trumpian surprises and heavy on conventional rhetoric, lasted a lengthy hour and twenty minutes. And the marathon was not lost on cranky internet commentators.

Some made up drinking games, others mocked policy points, and Bill O’Reilly got a little weird. Check out some reactions below.

It’s actually hurting my ears the way Donald Trump is clapping for himself.

This speech may set a modern record for most interruptions for applause.

It may be only the @GOP side, but they’re applauding everything. #SOTU

Now he’s going off the tracks with “paid family leave.”

GREAT SPEECH. Beautifully delivered. I think he’s covered everything. Look for the exit signs, start proceeding directly to them.

“And here’s another person who triumphed over the kind of adversity I would have folded in the face of in three seconds.” #SOTU

I work in the coal industry. Very little has changed.

This is upsetting in every direction.

Me, pondering the fact that Trump isn’t done speaking and I have to be up at 4:30 am tomorrow pic.twitter.com/IWQXCd1Xea

I wrote a State of the Union drinking game for many years.

For this year, the game, such that it is, only has one rule: Drink. As much as you can.

Trump asking for unity now is like an Uber driver asking for a 5-Star rating after he’s already crashed into a telephone pole. #SOTU

Someday, a president will liberate us by delivering a 20-minute SOTU that makes the case on a single important issue.

Ever since I noticed this little guy I can’t see anything else pic.twitter.com/HJ9Hx0sB1t

Ben Carson has the best hands in the room. Any room he is ever in, in fact. Claps like he is praying.

who’s going to be the first pundit tonight to call this the “pivot”?

Trump called out human rights and rogue regimes of Iran, Venezuela, Cuba, and North Korea, but not Putin’s Russia, the only one that has actually attacked the United States.

The now-unemployed O’Reilly live tweeted throughout the speech, mainly to make weird observations about the people in attendance:

Nancy Pelosi looks like she’s sitting on a nail.

Who is paler, Paul Ryan or Mike Pence?

Bernie Sanders may nod out. Three to one odds.