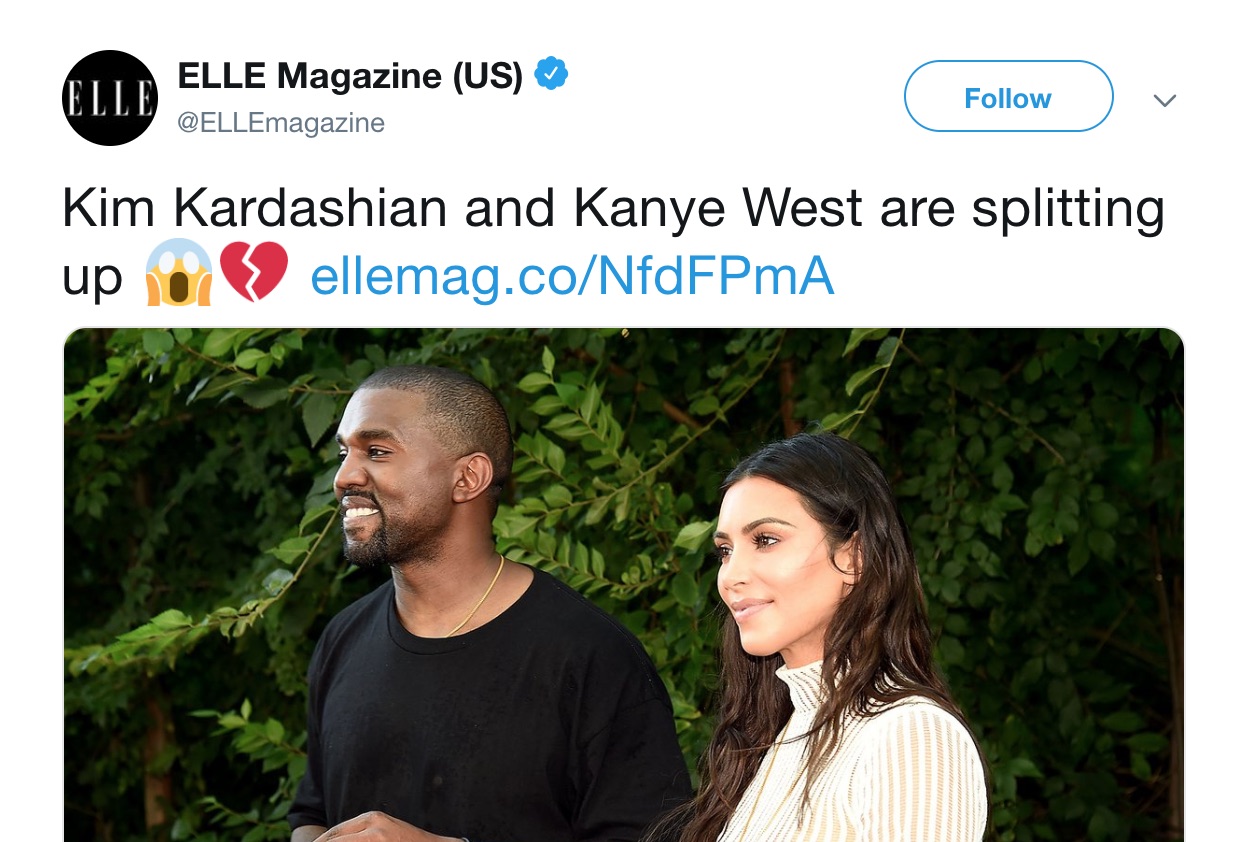 Some may call it “clickbait,” other will it “fake news.”

However, when you click on the link, it directs you not to an article on a Kanye-Kim breakup. But, rather, a page encouraging people to register to vote. 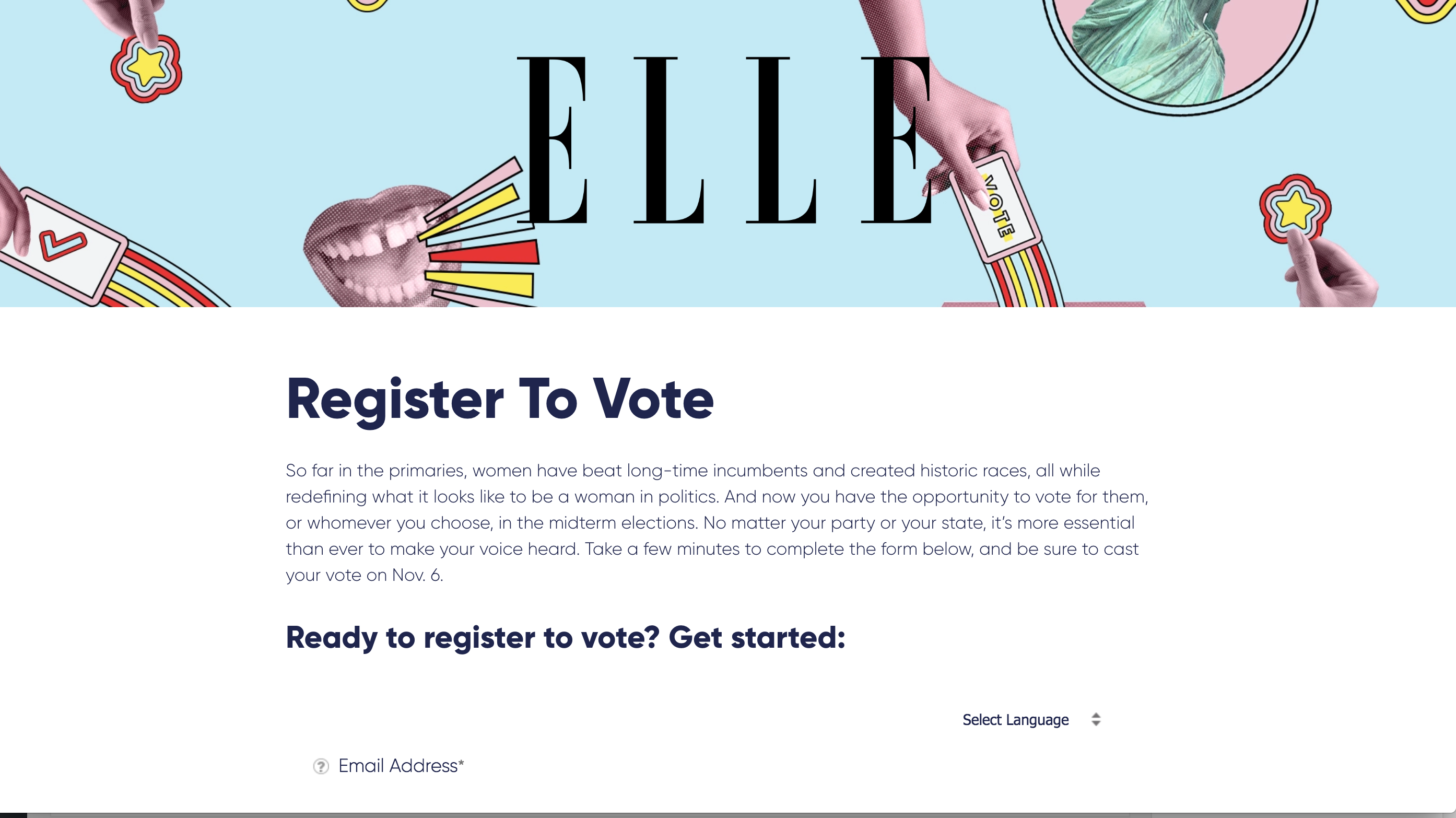 When a random tweeter did this it was clever but now you’re just stealing their tweet and also spreading fake news. https://t.co/RDZg4bQsMc

Preying on your readers’ shallowness and stupidity to own the cons https://t.co/yc2gyJtzEM

This is trash nonsense. Who do you think you are reaching with this? Guess what? One can be civic minded and interested in celebrity gossip. Do better.

Deceptive practices are generally frowned upon with regards to electioneering, btw. https://t.co/dgefFPHrib

Just wanna go on the record as hating this. If someone has to trick you with celebrity clickbait to get you to register to vote, maybe you shouldn’t be voting https://t.co/hlY9gFhgJV

Clickbait. Link leads you to a webpage to register you to vote.

Kim and Kanye are not splitting up, and Elle is cruelly spreading fake news about someone else’s marriage to try to get people to vote. This is sick. https://t.co/ng9cjXBlqU

This is a disgrace

The desperation jumped out

can we not do this? besides the fact that you directly ripped this idea from an individual twitter user — you are an actual publication that people look to to report truth. this isn't helping. and by the way, nobody's going to vote because they got tricked into it.

But despite the backlash, Elle Magazine did receive praise from one particular CNN personality…