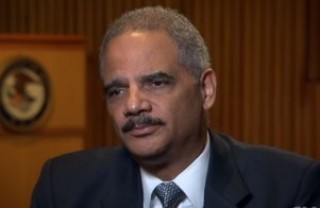 Here’s something you probably never expected to hear: Eric Holder says the Koch brothers “should be applauded.”

In an extensive interview with the Marshall Project the outgoing U.S. Attorney General praised the libertarian billionaires for donating a substantial amount to the National Association of Criminal Defense Lawyers (NACDL) to bolster the group’s indigent client defense efforts.

After admitting he was not aware of such financial contributions before the interview, Holder said: “That’s a good thing to hear – people from very different places along the ideological spectrum understanding that we have to make our criminal justice system more fair.”

The top lawyer lamented how even though it has been 50 years since a landmark Supreme Court case requiring states to provide legal defense for clients unable to afford counsel, many people still do not have their legal needs fulfilled.

“There’s a justice gap,” he continued. “And to hear that the Koch brothers would be contributing money in that way is something that I think should be applauded.”

The ultimate conclusion: Criminal justice reform is an issue of great importance that should galvanize the right into action as much as it does the left.

Relive that event below: