Families Of British Students Murdered In U.S. Lash Out At Obama White House For Ignoring Them

Families Of British Students Murdered In U.S. Lash Out At Obama White House For Ignoring Them 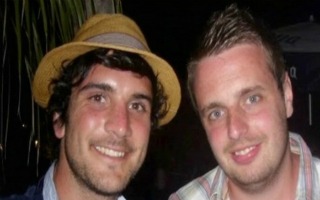 The grieving parents of two British students who were killed while on holiday in Sarasota, Florida in April, 2011, received justice this week; their murderer, Sean Tyson, was convicted on two counts of first-degree murder and awaits sentencing. But the pleas from their friends and families for public acknowledgement of the tragedy from the President of the United States have gone unanswered. Before the Obama presidency, it would have been considered ludicrous for the White House to weigh into every politically relevant criminal act – but the president has invited this criticism by elevating several local controversies to national scandals for political gain.

James Cooper, 25, and James Kouzaris, 24, were killed in April of last year by the remorseless Sean Tyson. Led into an ally and shot several times for not having enough cash for Tyson’s liking. This week, Tyson was convicted. Justice, in this case, was done.

But the family and friends of the murdered students have been reaching out to President Obama for weeks for him to weigh into the case. They have been met with silence and are now lashing out at the White House.

Two friends of the students, Paul Davies and Joe Hallett, spoke for the grieving families outside the Florida court house where Tyson was convicted. “We would like to publicly express our dissatisfaction at the lack of any public or private message of support or condolence from any American governing body or indeed, President Obama himself,” Davies told the press. “Mr. Kouzaris has written to President Obama on three separate occasions and is yet to even receive the courtesy of a reply.”

“It would perhaps appear that Mr. Obama sees no political value in facilitating such a request or that the lives of two British tourists are not worthy of ten minutes of his time,” Davies concluded.

Let’s get something clear: the President of the United State is in no way required to weigh into pending or resolved criminal case. To lose sleep expecting the President to reply to every letter he receives is, at the least, a poor use of one’s time. However, President Obama has invited this criticism by appointing himself the arbiter of several local political battles or criminal cases.

Victor Davis Hanson writing in National Review on Tuesday has a more comprehensive list of the numerous developing political fights the president has waded into since the beginning of his term. Just a few of those include Trayvon Martin’s killing, Sandra Fluke’s verbal abuse at the hands of radio host Rush Limbaugh and the arrest of Harvard Professor Henry Louis Gates and the Cambridge police who acted “stupidly” in Obama’s estimation of the yet-unknown facts.

That last one did the president no favors and was finally resolved in what is comically remembered as the “beer summit” in which all aggrieved parties consumed their preferred lager on the White House lawn while hashing out centuries of racial animus. Had that incident occurred in 2011 and not the summer of 2009 at the tail end of the president’s honeymoon phase, the resulting political fallout may have been far more significant.

The senseless murder of Cooper and Kouzaris were true tragedies and their families have received justice as Shawn Tyson will never again be free. Their expectation that the president “feel their pain” is understandable but also unreasonable. Had the president not taken every opportunity he could to isolate politically advantageous local cases and elevate them to national prominence, the Cooper and Kouzaris families would have had to limit their expectations.

But the President invited this present condition – he should have employed more foresight from the start of his term. Unfortunately for grieving families like those of Cooper and Kouzaris, they now have a legitimate complaint.

An earlier version of this article referred to Cooper and Kouzaris as teenagers. Both were in their early twenties.