Family of Dallas Nurse with Ebola Speaks: She Didn’t Recklessly Endanger Anyone 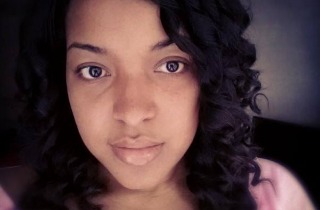 Amber Vinson is one of the two Dallas nurses currently being treated for Ebola. And in a statement today, her family fought back against allegations that she was reckless or careless in potentially spreading the virus to others when she flew a day before developing symptoms.

They expressed how disturbed they were by “some of the negative public comments and media coverage that mischaracterize Amber and her actions,” and wanted to make something very clear: “In no way was Amber careless prior to or after her exposure to Mr. Thomas Eric Duncan. She has not and would not knowingly expose herself or anyone else.”

Vinson’s family explains she reached out to the CDC before she flew and “was fully cleared for travel.” They say she followed all the proper protocols on her flight, and was cleared multiple times to fly back to Texas. Just days ago the CDC acknowledged that Vinson could have “possibly” been symptomatic.

They ask for privacy and add, “Suggestions that she ignored any of the physician and government-provided protocols recommended to her are patently untrue and hurtful.”

You can read the full Vinson family statement here:

The past several days have been the most trying our family has collectively ever faced. We remain intensely prayerful and optimistic about Amber’s condition and of the treatment she is currently receiving. Our prayers and thoughts also go out to Amber’s colleague, Nina Pham, and the Dallas and Ohio communities impacted by this tragedy.

Amber is the shining light of our family and truly an exceptionally good and caring young woman. She is a loving daughter, granddaughter, sister, friend, and soon-to-be wife. Furthermore, Amber is a deeply committed nurse driven by a fundamental passion for helping others. Although the majority of the correspondences we have received since her diagnosis have been positive, we are troubled by some of the negative public comments and media coverage that mischaracterize Amber and her actions. To be clear, in no way was Amber careless prior to or after her exposure to Mr. Thomas Eric Duncan. She has not and would not knowingly expose herself or anyone else.

Before traveling, Amber, working through her Texas Health Resources Presbyterian Hospital assistant manager, contacted the CDC and was fully cleared for travel. On Sunday, while in Ohio, Amber received word that Ms. Pham, a colleague she worked closely with during treatment of Mr. Duncan, had been diagnosed with Ebola. Amber was contacted by the Dallas County Health Department and told that the agency had begun conducting outreach to all of the nurses who had direct contact with Mr. Duncan for status updates on their health. She reported that she was fine and provided her temperature reading at that time. By phone, county officials read Amber a letter that contained information about symptoms to observe and report should they develop. She was also told to continue self-monitoring and was asked to report these results twice daily to the agency. During this conversation, Amber, unsettled by the news of Ms. Phan, asked if arrangements could be made for her to fly her back to Dallas on Sunday as a precaution. Amber was particularly concerned considering that Ms. Pham, being a capable nurse who followed the same Dallas county mandates, had become infected. Officials assured Amber that her concerns were unfounded because her temperatures were within the appropriate measures and asymptomatic in all other areas. Amber then asked if, after returning to Dallas, she would be allowed to reside at the hospital until the end of her 21-day monitoring period. She was told that this was the first request of its kind, but that the agency would consider the option. Once again, Amber was assured that she should not be alarmed and prompted to continue self-monitoring. The Dallas County Health Department informed her that, upon her return to Dallas, someone from their agency would record at least one of her readings, in person, daily.

The following day, Amber prepared for her return to Dallas, and following the request of the Dallas County Health Department, reported her temperature before boarding her flight – three different times. Her initial flight was delayed and two subsequent delayed flights prompted Amber to report her temperature, as instructed, each time she anticipated departure. In all three instances, she was cleared to return to Texas.

One day after returning to Dallas, on the morning of Tuesday, October 14th, Amber first reported a temperature of 100.3 degrees to the Dallas County Department of Health. Immediately after, Amber proactively admitted herself to Texas Health Resources Presbyterian Hospital, and has been quarantined since.

Suggestions that she ignored any of the physician and government-provided protocols recommended to her are patently untrue and hurtful. In the interest of Amber and our family, we have retained esteemed attorney Billy Martin to provide us with legal counsel during this unfortunate and troubling time. We also ask that the media respect our privacy. All media inquires should be directed to Steven Jumper.

We thank everyone for their prayers and support.