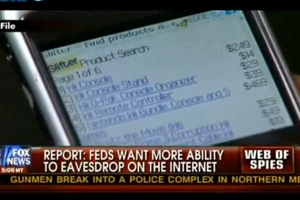 New reports have surfaced that the federal government is requesting access to the personal accounts of individuals on various online utilities for intelligence-gathering purposes. Besides going after Facebook and Twitter accounts, authorities are hoping to get congressional support for eavesdropping on Skype conversations and other social networking information.

While some technology companies are either too small to have the required technology or have moral inhibitions about the government having access to the private information of their users, most larger social media companies have done their share to aid the demands of the intelligence community and comply with the law. That said, criminals have begun to tap into the ability of smaller communications programs to plan criminal activity away from the sight or hearing of the law. That law might change soon, as the executive branch puts pressure on Congress to pass laws that will help collect information against terrorist organizations and drug cartels. The New York Times explains:

Essentially, officials want Congress to require all services that enable communications — including encrypted e-mail transmitters like BlackBerry, social networking Web sites like Facebook and software that allows direct “peer to peer” messaging like Skype — to be technically capable of complying if served with a wiretap order. The mandate would include being able to intercept and unscramble encrypted messages.

The debate is in its nascent stages (or re-nascent since fading away from the early-aughts PATRIOT Act discussions), so it will probably be some time until companies like Skype begin to feel real government pressure to breach the privacy of their users in the name of national security. However, if the subject at hand catches on, especially so close to the November elections, it could be fuel for the future news cycle.

A report on the new proposed measures via Fox News below: