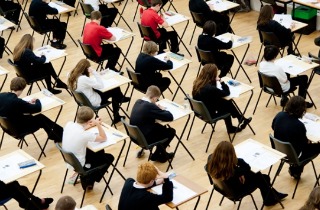 A group of Chinese nationals in western Pennsylvania have been indicted for orchestrating a conspiracy to help foreign students to cheat on U.S.-administered college entrance exams. The charges were handed down by a federal grand jury on Thursday, with the Justice Department stating that this could be “the tip of the iceberg” for an international conspiracy to commit counterfeiting and defraud American schools and the immigration system.

The indictment alleges that between 2011 and 2015, the defendants had Chinese passports made and sent to the United States, which were used to trick Educational Testing Services (ETS) in order to pose as the clients who hired them. The conspirators would then proceed to take standard exams like the Test of English as a Foreign Language (TOEF), the Scholastic Aptitude Test (SAT) so that clients could use their high test scores as part of their college applications.

It is currently unknown how many students contracted the defendants’ services, and how many were able to use school acceptance in order to illegally obtain student visas. Attorney David Hickton said that current estimates would be “misleading”, but affirmed that the “[the case] relates to great institutions all across the country. The College Board and ETS are cooperating with the investigation”.

If the defendants are found guilty, they face a 20 year prison sentence, with the possibility of an additional 5 years for conspiracy, and $250,000 fine.

[h/t The Guardian]
[Image via Screengrab]