Finally: PolitiFact Takes On The Scourge Of Misleading Chain Emails

Finally: PolitiFact Takes On The Scourge Of Misleading Chain Emails 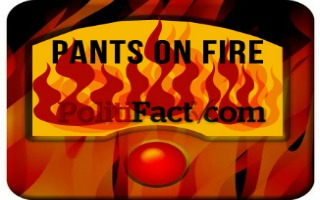 We all get them. Often times, they come from your well-meaning relative of seasoned age who finds the tidbit within just too juicy to second guess before passing it along to you. Yes, they are chain emails. Several weeks back, we noted how PolitiFact had taken on the scurrilous impact that erroneous Facebook posts can have on the national dialogue. Now, PolitiFact has assigned its Pulitzer Prize-winning researchers to go after chain emails and the so-called “facts” they purvey.

In PolitiFact’s chain email section, they have reserved a box at the top which conveys perhaps the most intuitive notion ever conceived by man – most chain emails are false. Not just false, mind you — “pants on fire.”

53 percent of the facts that PolitiFact tested merited a “pants on fire” rating, while another 25 percent were just plain old “false.” Only 8 percent of chain emails received the coveted “true” or “mostly true” rating.

Among the flaming pant-clad claims are gems like the health care reform law contains to 3.8 percent sales tax on real estate transactions. Because, why not make the housing market worse? Another email claims that President Barack Obama “doubled the national debt in one year” – try as he might, it would be an impossible task to achieve. Yet another dubious email asserts “the media won’t publish a real photo of Trayvon Martin with tattoos on his face.” If 17-year-old Martin had tattoos on his face, his intimidation factor would have probably prompted George Zimmerman to think twice before picking a fight.

But the question that we all really want PolitiFact to tackle is just where is this international lottery being held? And when am I going to collect my winnings. It’s been months, for Pete’s sake.