The (Not So) Negative 2012 Presidential Campaign

The (Not So) Negative 2012 Presidential Campaign 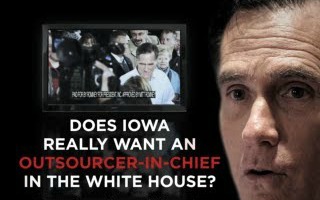 Unless you’ve been living under a rock, you’ve heard plenty about this year’s nasty presidential election.

According to a NBC/WSJ poll released on Tuesday, the negativity has weighed on the favorability ratings of President Barack Obama and Gov. Mitt Romney. The President’s unfavorables jumped 5 points in a month, from 38 percent to 43 percent, and Governor Romney is now on track to head to the convention as the first GOP nominee with a negative favorability rating.

At first glance, the shift in the numbers seems in line with the narrative of two campaigns losing respect with the American people as they battle to define each other before the fall. But a comment from Republican pollster Bill McInturff indicates that the negativity has had an earlier, more dramatic effect this time around. “These are numbers you usually see in October,” McInturff said of the favorable/unfavorable ratings.

Is this election really that much more negative, or is it just being framed and received that way? Hard to say, but it’s more likely that a boring race is feeding the news media’s growing obsession with the gossipy side of politics. That negative feedback loop makes the race feel much nastier than it actually is.

As your writer said last week: highly negative campaigns are nothing new, especially from an incumbent. President Obama has borrowed a page from Karl Rove‘s 2004 playbook and tried to define his challenger early and often. In turn, Gov. Romney has thrown a series of counter-punches to deflect the media’s attention back onto the President.

But most of this cycle’s attacks are actually not that damning, offensive, or controversial — despite the media’s attempt to read all of them as such. Gov. Romney’s tenure at Bain Capital is fair game, whether he agrees or not, because Romney himself has made it a cornerstone of his credentials. “Firms,” the successful spot that showed Romney singing “America the Beautiful” behind text about outsourcing and Swiss bank accounts, was tastefully blunt on matters that Gov. Romney refuses to prove false by releasing his tax returns.  On the other hand, Priorities USA’s newest ad, called “Romney’s Gold,” takes the attacks to such a silly level that the spot doesn’t deserve the title “attack ad.” One is savvy, one is petty, but neither is vitriolic.

Democrats have their own complaints with GOP’s tactics. They don’t like insensitive punches that Romney surrogates occasionally throw at the president, including former Gov. John Sununu’s line that the President should “learn how to be an American“, or a Romney campaign adviser’s claim that the governor better appreciates our “Anglo-Saxon heritage.” But the birther elements fired up by that kind of messaging are a punchline among the moderates and independents whose votes will turn the election; at this point, those kind of statements are more tone-deaf and absurd than hateful. The attacks don’t approach the negativity of Swift Boat or Willie Horton ads of the past, and no Romney or Obama spot has yet to exploit the same primal fears of Lyndon B. Johnson‘s infamous 1964 “Daisy” ad.

This “historically negative” campaign feels more like a tedious, well-funded back-and-forth between a battered incumbent and a relatively unlikeable challenger. The election has few compelling storylines — the economy is sluggish but hardly collapsing. President Obama’s “hope and change” energy has transformed into the grizzled reserve of incumbency. Gov. Romney is hardly a flashy, pop-culture icon, nor is he a party messiah. As the election has little else to offer that is sexy or entertaining, the media becomes hyperfocused on the mudslinging.

The problem is that neither side has resorted to the type of attacks that could make this a truly nasty campaign: at no point has the Romney camp run an explicitly racist ad, and the Obama camp hasn’t used Gov. Romney’s Mormon religion as a cudgel. That’s not to say ads of that kind aren’t in the pipeline, but little suggests that either side will hurl anything like the  ‘Before Its Too Late’ ads that opponents used against Harold Washington in his 1983 run for Mayor of Chicago.

Despite this, the political elite would have you believe the campaign’s tone is “nauseating.” No, what is actually nauseating is our incessant need to inject hyperbole into conflicts that are far too trivial to be paid such attention.

Take a Fox News segment that aired Tuesday in which the host asked a four year old lemonade stand operator how the President’s “you didn’t build that” statement made her feel. Her yawn and non-answer suggest it made her feel like taking a nap. Or take an ABC News controversy from over the weekend, in which reporter Brian Ross rushed to connect the Aurora shooter to the local Tea Party. He quickly found himself in hot water after the story he “broke” turned out to be pure BS. These are just two examples of the overhyped politicization of every pin that drops on the American landscape.

The effect is to turn voters against the campaigns that they perceive as the engines of this nonsense. The campaigns are certainly to blame for lighting the fire. But just like a misbehaving child seeking attention, the campaigns feel rewarded by the free media attention and in turn create a bigger and bigger cottage industry of “contrast activities.”

Amazingly, the polls remain “incredibly steady” despite all of this supposed negativity. Contrast spots may be having an affect on targeted demographics in swing states, where margins of victory are set to be thin and any shift in votes is crucial. But while the petty bickering is enough to grab the nation’s attention and annoy it, the arguments aren’t nearly substantive or controversial enough to shift national public opinion in a fundamental way. They may damage our personal opinions of the nominees as men, but they have not shaken the polls from their summer-long stasis.

If “negativity” suddenly causes a huge shift in the polls, or we see historic voter apathy in November, maybe then it will be time to evaluate the depths our politics have fallen to. Barring that, this overhyped Beltway narrative will continue feed on itself, and the news media will continue to let the candidates off the hook on the real issues. We’re worse off for that than we’ll ever be from a couple of politicians throwing a few spit balls at each other.