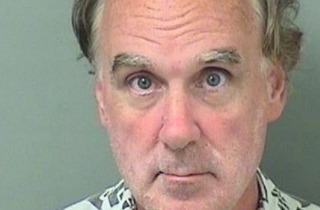 Once again, there is a reason why the “Florida man” is a distinct and instantly recognizable label in any news story. This time, it concerns an individual who, it turns out, had a few dozen cats inside his house… many of them dead and inside freezers.

But when the detectives came to his house with a search warrant, their attention was immediately grabbed by cats. And not all of them were living:

An investigation into child pornography led to a suburban Lake Worth man’s arrest Wednesday morning as well as the gruesome discovery of dozens of dead cats stored in freezers in the man’s home, authorities said… [They] found about 50 dead cats in freezers as well as about 35 live cats, said Capt. David Walesky of Palm Beach County Animal Care and Control.

And by the way, Walesky also said that they litter boxes were “overflowing with feces and urine.” So there’s that.

A judge is going to decide within the next month whether Westcott will get to retain custody of the cats that weren’t frozen.