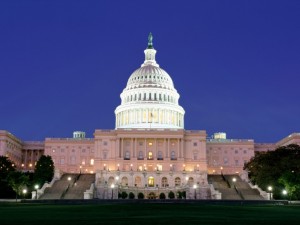 The Washington Post‘s Top Secret America project received a fair amount of applause and praise when its first segment was unveiled on Monday. It was touted as a great work of investigative journalism about an increasingly relevant topic. Thomas Mahnken begs to differ. In Foreign Policy, he lays out the project’s flaws, and decides that if the report was handed to him as a graduate research paper, it would get a failing grade.

The first two reasons Mahnken outlines are a weak thesis and lack of context (ha, the latter accusation sounds familiar). He writes that the authors, Dana Priest and William Arkin, almost don’t project a clear thesis, but rather, “a series of strung-together facts and assertions.” adding that “many of these facts are misleading.” An example of this is that the writers note the large number of Americans that hold top-secret security clearances, but “fail to distinguish between those who are genuinely involved in intelligence work and those who require the clearances for other reasons.”

In terms of context, Mahnken writes that Priest and Arkin lack historical perspective:

The assessment concludes with a self-proclaimed damning statement — that the report is a work of journalism, not a research paper, and because it is a public work, exposing this information poses a safety threat:

The database they have assembled details not only organizations involved in counterterrorism work, but also those working in unrelated fields such as Air Force technical intelligence. In so doing, they have made it easier for America’s enemies to defeat U.S. efforts to ferret out their secrets and have thereby made it more rather than less likely that the United States will be surprised by a future adversary. Openness has its place, but so does secrecy.

A dramatic last sentence, but it arguably does have a good point. Mahnken himself has penned a book about U.S. intelligence, so he’s not foreign to the topic. That said, Priest and Arkin openly state that they showed the report to intelligence officials prior to publication, and the points they objected to were removed. Increasingly, it seems there’s a fine line between government transparency and classified intelligence, often making it hard to tell how much information is too much.