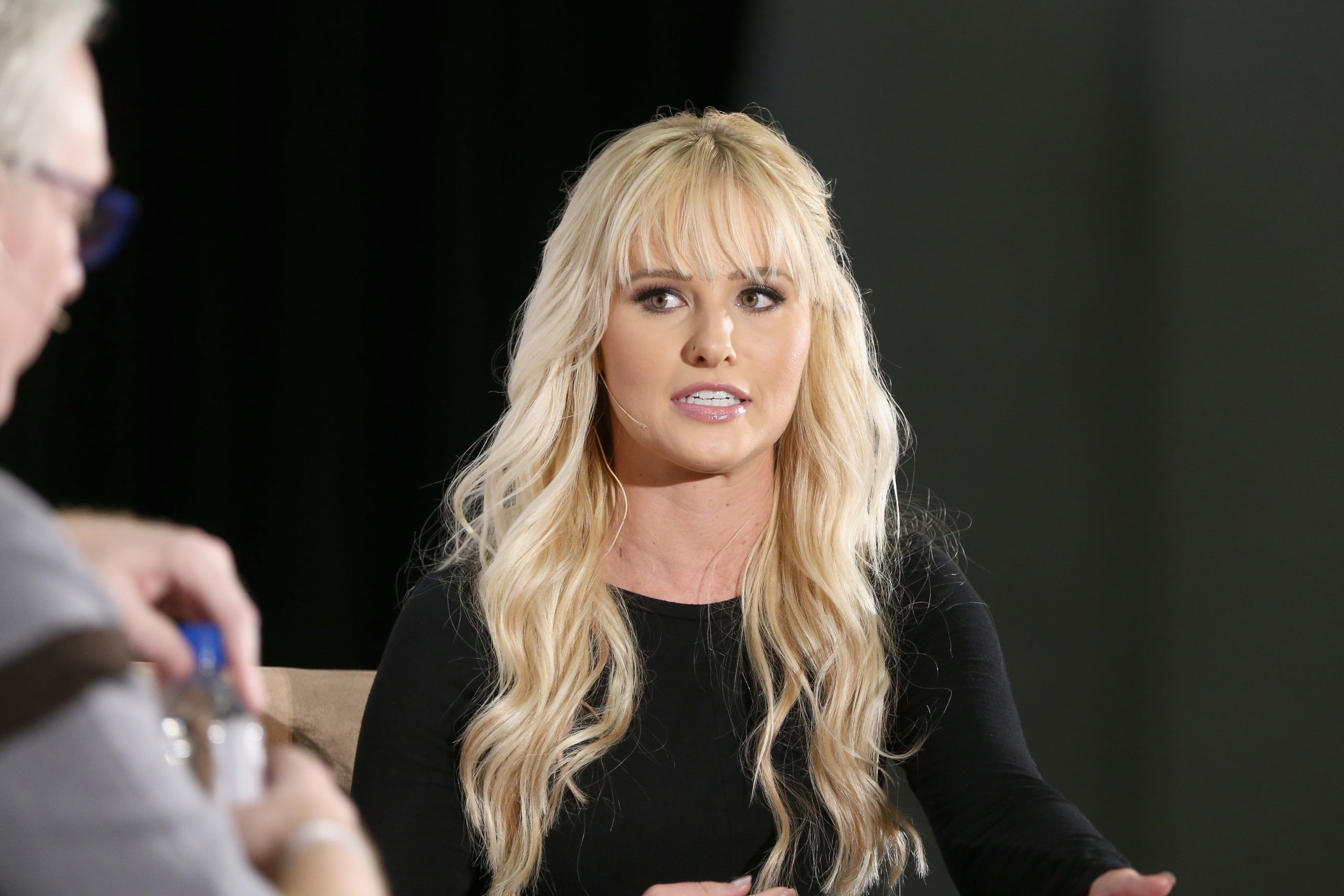 Fox Nation host Tomi Lahren compared to stay-at-home orders amid the coronavirus pandemic to “willful slavery” in a since-deleted post on Twitter.

The Fox Nation host has been a vocal supporter of the anti-lockdown protests and has even likened social distancing orders to communism, but comparing them to slavery is certainly her hottest take yet.

“Compliance starting to look a whole lot like willful slavery. #ReopenAmerica,” her tweet read. Hours earlier, Lahren took to Twitter to claim she has had enough with social distancing and does not want to wait until the virus is killed to reopen America:

The point was to flatten the curve, not eradicate the virus. It may take a year or more to kill the virus but the economy and livelihoods of millions are about to be destroyed entirely. Enough. #ReopenAmerica 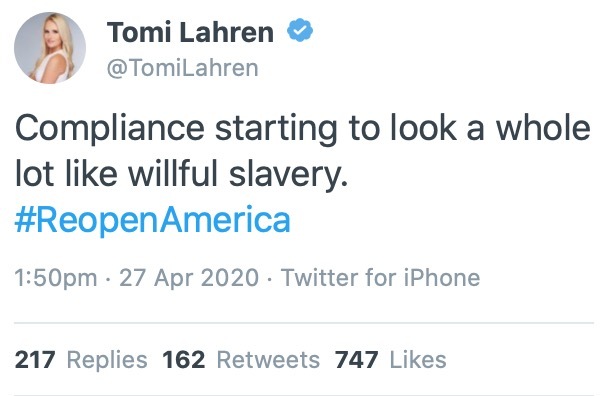 Lahren continued to post on Twitter regarding her disapproval with stay-at-home orders, noting “The point was to flatten the curve but here we are waiting and holding our breath hoping the gov will allow us to earn a living for our families.”

The supply chains are weakening, Americans are losing everything & elected officials are giving vague answers as to when it will end. The point was to flatten the curve but here we are waiting and holding our breath hoping the gov will allow us to earn a living for our families.

The same people who said it was acceptable and valiant to jump turnstiles and riot in the streets over paying a subway fare are now shaming and demonizing Americans who simply want to reopen their businesses and get back to work. The mental gymnastics is impressive.