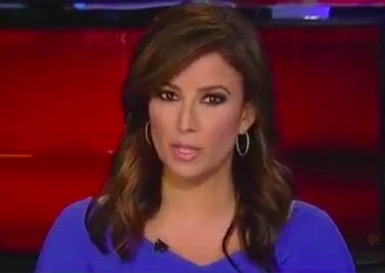 Fox News host Julie Banderas shot back at President Donald Trump after he said Fox News is “at it again” because they broadcast a poll which had him losing against Sen. Joe Biden.

Banderas told Trump the polls are the public’s opinion, not that of the network. The sample was randomly selected from over 1,000 voters.

That is incorrect. FOX News Opinion Polls are the public’s opinion not of @foxnews Interviews are conducted among a random national sample of 1,004 registered voters. 217 Landline and 787 cellphone numbers were randomly selected for inclusion in the survey. https://t.co/ndjLJqIPfN

Trump said those at the network are so different from 2016 when they used to be “Proud Warriors” of his. He said Fox News polls have always been terrible to him, and there’s no way he could be losing to the “Sleepy One.”

.@FoxNews is at it again. So different from what they used to be during the 2016 Primaries, & before – Proud Warriors! Now new Fox Polls, which have always been terrible to me (they had me losing BIG to Crooked Hillary), have me down to Sleepy Joe. Even considering…..

….the fact that I have gone through a three year vicious Witch Hunt, perpetrated by the Lamestream Media in Collusion with Crooked and the Democrat Party, there can be NO WAY, with the greatest Economy in U.S. history, that I can be losing to the Sleepy One. KEEP AMERICA GREAT!