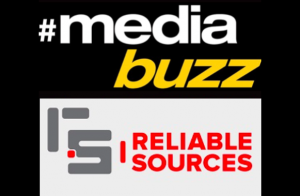 Mediaite’s Alex Griswold has done some fine work today regarding a stealth edit by the New York Times around a very newsworthy item from the president that has since been erased. As you likely read on Mediaite earlier, the paper of record had removed the following sentence from NYT writers Peter Baker and Gardiner Harris from a story about a private meeting (Note: “private” meaning off the record) Mr. Obama had regarding his reaction to the recent terror attacks.

That excerpt is below:

In his meeting with the columnists, Mr. Obama indicated that he did not see enough cable television to fully appreciate the anxiety after the attacks in Paris and San Bernardino, and made clear that he plans to step up his public arguments.

Pretty revealing stuff coming from the Commander-in-Chief, right? CNN’s Brian Stelter calls it the quote of the day:

And yes, it’s easily the most newsworthy — arguably stunning — portion of the NYT piece. But then something happened between the original publication early this morning that included that big sentence above and now… because as also noted here earlier, it vanished without explanation. Perhaps the White House had complained, who knows? The Times could offer a perfectly legitimate reason, but instead went this route in a statement to Chuck Ross of The Daily Caller:

“There’s nothing unusual here. That paragraph, near the bottom of the story, was trimmed for space in the print paper by a copy editor in New York late last night. But it was in our story on the web all day and read by many thousands of readers. Web stories without length constraints are routinely edited for print.”

But as Griswold also notes, the Times actually added two paragraphs of longer length (66 words to 116 words) to replace the president’s one-sentence admission, which apparently was eating up way too much space to keep. So here’s an open question more than a few are asking to Elisabeth Bumiller, Washington bureau chief for the Times: If space is the reason for the edit, why add more word count?

And here’s another public call: Fox’s Media Buzz (hosted by Howard Kurtz, a former Washington Post media reporter) and CNN’s Reliable Sources (hosted by the aforementioned Stelter, a former New York Times media reporter) are the only two weekly national programs that solely exist to analyze the media. Each gets 44 minutes per week (when removing commercial time in a 60-minute program) to discuss an array of media topics. If the topic of blatant examples of stealth-editing without acknowledgment or reasonable explanation by the country’s leading and most highly-respected newspaper (117 Pulitzer Prizes) isn’t discussed for a full segment, then honestly… you really have to wonder why these programs even exist. And if the topic is discussed, here’s also hoping either Buzz or Reliable books the aforementioned Ms. Bumiller as a guest. This way, she can explain to a national audience how space considerations work when making a piece longer… because that would make for great TV.

By the way, lest anyone think this is one-time thing by the New York Times, either. Here’s what Mediaite reported (along with basically everyone else) just a few months ago regarding a stealth edit in a story involving Hillary Clinton’s email controversy:

A wide assortment of media figures on the left and right alike were harshly critical of The New York Times decision to stealth-edit its piece on a potential criminal probe into Hillary Clinton‘s emails.

Again, whether a mistake was made or not by the Times isn’t the point. It happens all the time. Corrections and retractions at publications big and small are made daily. But to simply remove content — particularly the kind of content which is central/critical to any story — without letting readers know it happened is simply a whole bowl of wrong and diminishes trust between the publication and those it serves even further. The only exception — and I do this periodically — is if a typo, spelling or grammatical error needs to be corrected. That action doesn’t change the story whatsoever in any capacity; it just cleans up what the writer and editor may have overlooked when completing a final edit. And if a correction or update that is tangible is made, Mediaite always lets its readers know.

So when making a change to the story that is critical or important to the premise (see above), that must be clearly be made known to the reader without ambiguity with the following questions answered: What was the change? Why was it made? How was it determined the change was warranted?

It’s not hard… unless you’re dense enough to try to hide something that was already seen by thousands.

Stealth edits are easy to do. But they also look horrible for the publication who participates in them without offering explanation and acknowledgment. You wonder why trust in media keeps falling? This is Exhibit A.

Another black eye for the New York Times, which is so inept these days, even its excuses need to be explained.

Now here’s hoping the two media programs on Fox and CNN respectively take some time this weekend to talk about this growing trend. We’ll update you (and yes, acknowledge that update clearly and boldly) if that happens.

Update as of 12:15 PM, Sunday, December 20th: Both CNN’s Reliable Sources and Fox’s Media Buzz covered this story on their respective programs today. Stelter’s Reliable covered it as part of their opening (A) block, with panelists David Zurawik, Jane Hall and Eric Deggans openly rolling their eyes as each took the Times to task for both not noting and explaining the edit, as well as the space consideration excuse noted above.

Kurtz’s Media Buzz also covered the topic as its E block, with panelists Mercedes Schlapp, Betsy Woodruff and Molly Ball all in the same agreement on the Times’ mishandling of the edit.