G7 Called Out for $20 Million Amazon Fire Aid Package: Jim Carrey Got That Much for The Cable Guy 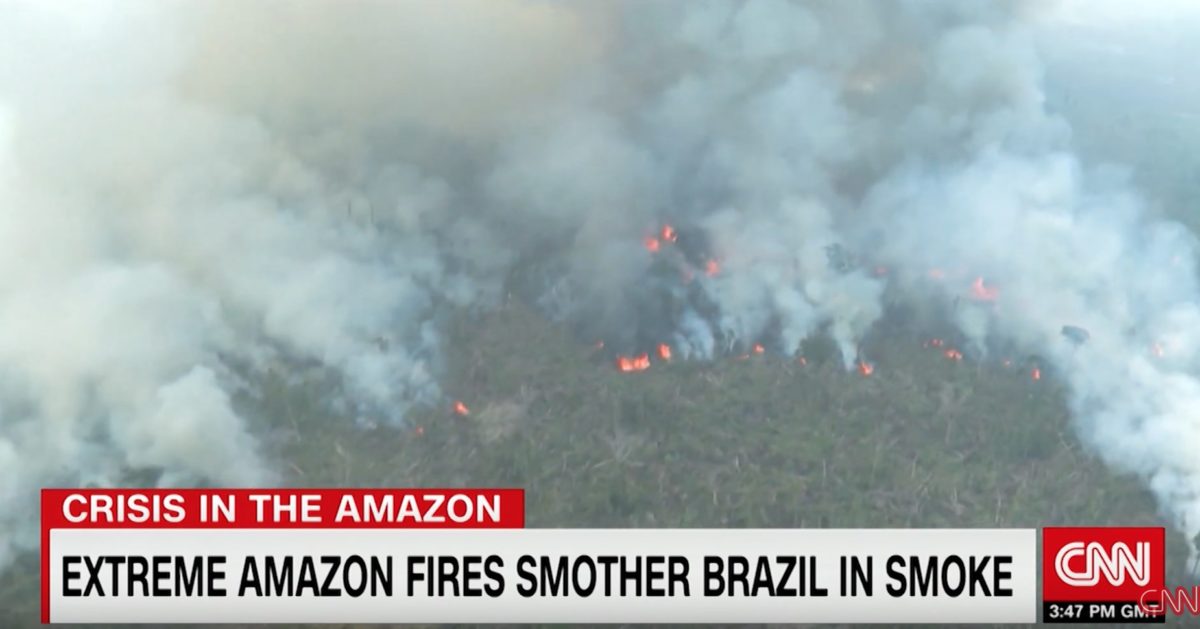 World leaders at the G7 Summit came up with a multi-million dollar aid package this weekend to stop the wildfires in the Amazon rainforest. The thing is, it’s being torn apart by critics who view it as a paltry sum compared to what’s at stake.

French President Emmanuel Macron announced on Monday that the the G7 agreed to commit about $20 million to stopping the fires, plus several member nations have made their own offers to assist with Brazil’s environmental protection. The record number of fires have already had a devastating impact on the rainforest, so the Brazilian government is under significant international pressure to protect the area’s biodiversity and natural integrity.

As the news came out regarding the G7’s Amazon fund, lots of media observers and environmental activists came out in force to say they were not impressed. Most of the reactions are split between questions about why the world’s most powerful economies weren’t able to scrap more money together, or else, people are highlighting other projects that received more funding than this.

1 billion dollars was given to rebuild Notre Dame. 20 million is being given to save the earth. https://t.co/sHigibAolJ

Context: Jim Carrey was paid $20 million to star in The Cable Guy. https://t.co/6NJv2iJJtm

Amazon the company has a market value of nearly a trillion dollars. But the Amazon rainforest, (which produces much of our breathable air) is worth only $20 million to the G-7 countries – the total they have committed to trying to put out the fires. #capitalism #priorities

But the worlds most powerful countries could only scrape $20 million BETWEEN them, to help preserve the earths lungs.

We are a shit species. https://t.co/yYbVES1K7T

$20M to combat record wildfires in the Amazon rain forest, which provides 20% of the Earth’s oxygen, is not nearly enough.

The US has spent $100M on the President’s trips to his personal country clubs alone.

This is the lack of American leadership on full display. https://t.co/QNEE4l4f7o

This is 5.5% of the Avengers: Endgame budget. https://t.co/FEzL5SqzUK

While these critics might view $20 million as insufficient, its worth noting that the package might not even be used at all.

Multiple reports say that Brazilian President Jair Bolsonaro is rejecting the G7’s aid offer. The administration did not state why they are refusing the package, but Bolsonaro and Macron are known to have a negative relationship with each other, and Bolsonaro’s chief of staff insulted the French president in a statement to a Brazilian news site.

“We are thankful, but maybe those resources would be more relevant to reforest Europe,” said Onyx Lorenzoni. “Macron is unable to avoid a preventable fire in a church that is at a World Heritage Site and he wants to show us what is for our country? He has a lot to look after at home and the French colonies.”