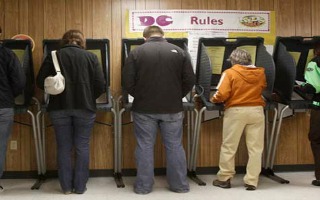 But while enthusiasm was predictive in 2010 and 2008, it was not especially helpful in determining the outcome of the election in 2004. Then, 68 percent of Democrats were engaged and enthusiastic compared to just 51 percent of Republicans. President George W. Bush ended up defeating Democratic Massachusetts Sen. John Kerry with 51 to 48 percent of the vote.