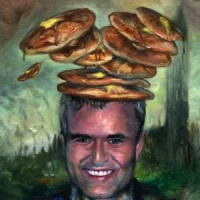 Paying sources for information tends to give august old media types ulcers, but Nick Denton, the trailblazing ‘bad boy’ at the helm of the Gawker blog armada, announced that he plans to go just that. In an interview with Nieman Journalism Lab yesterday, he said that Gawker Media’s recent return to page view pay opens the door for “checkbook journalism.” Meaning? If you send Gawker a tip that gets picked up in a big way, you get a cut of the ad revenue.  This is how Denton described it to Nieman:

It was a busy day at Gawker Media, which just introduced a new, “tiered” commenting system, so I was cutting our conversation short when Denton wrote, “Oh, one other little thing.” Yes? “By bringing back pageview pay, we also open up the possibility of web-style checkbook journalism.” By that, he meant paying tipsters for the pageviews generated by posts based on their tips, which is something he briefly tried last year, offering $7.50 per 1,000 views.

MediaMemo’s Peter Kafka puts the practice in a larger context:

Paying for tips, interviews and exclusives is standard practice outside of the U.S. The U.K.’s Daily Telegraph, for instance, paid a source that helped it break the expense account scandal that’s been roiling that country’s Parliament.

But it’s supposed to be verboten for “respectable” American media, though that self-imposed standard has been eroding for some time. It’s increasingly common, for instance, for TV news operations to pay big “licensing fees” to sought-after interview subjects, purportedly for access to family photos and videos.

No word yet on what the pay will be — when Gawker experimented with pay-per-pageview for tipsters in 2007, the going rate was $7.50 per thousand posts — but for underemployed journos with their ears to the ground, this could be a better bet than, say, writing stuff.  Keep your eyes peeled folks!