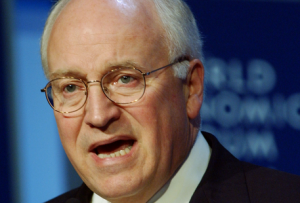 Gawker’s Hamilton Nolan posed this provocative question today: “What If Dick Cheney’s First Heart Attack Had Killed Him?” Gawker, obviously got a fair amount of pushback for this piece, particularly from Twitchy.

The former vice president has had a number of heart attacks over the years, his first one in 1978, and he has a book coming out about his rough medical history. But Nolan uses the opportunity to speculate on exactly how history would have been different if Cheney died 35 years ago.

Many of these historical events, of course, would have happened whether Cheney was around or not. But the Iraq War? Perhaps not.

But talking in the abstract is never good enough, and Nolan calculates the rough number of people that would have been alive had Dick Cheney not survived into the 21st century.

So let’s say that—conservatively speaking—approximately 300,000 people killed in the Iraq War would be alive today, had Dick Cheney passed away after his first heart attack in 1978.

Needless to say, the piece inspired a mix of strangely positive and incredibly negative reactions on Twitter.

On that last one, outside of Twitchy there hasn’t really been much condemnation of the piece. Would that be any different if someone publicly mused about the early death of a Democratic politician?