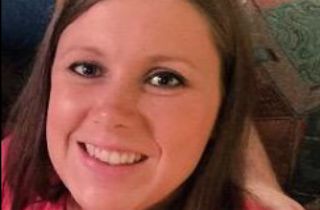 In the wake of Josh Duggar‘s renewed troubles when his infidelity was exposed along with his Ashley Madison profile, his wife Anna has reportedly been facing pressure from both sides of her family regarding whether to stay with him.

When the story first broke, Jessica Kirkland unleashed a fiery statement about the Duggar wife’s situation, which has attained viral status over the last five days.

Kirkland began her post by pointing out how Anna Duggar was “crippled” by her parents for not pursuing education and following their expectations, only to end up “shackled to this loser because his family was famous in their religious circle.” She went on to say that Duggar’s problem poses a lose-lose situation for her, seeing as she would be ostracized if she sought divorce, but that her religious views bind her to the anguish caused by Josh Duggar’s cheating:

What is Anna Duggar supposed to do? She can’t divorce because the religious environment she was brought up would blame her and ostracize her for it. Even if she would risk that, she has no education and no work experience to fall back on, so how does she support her kids? From where could she summon the ability to turn her back on everything she ever held to be sacred and safe? Her beliefs, the very thing she would turn to for comfort in this kind of crisis, are the VERY REASON she is in this predicament in the first place. How can she reconcile this? Her parents have utterly, utterly failed her.

Kirkland also emphasized that her post was not meant to be an attack on religion, but rather, a call for the media to give attention to Anna Duggar’s predicament, and a call to women to empower their daughters:

WE MUST DO BETTER BY OUR DAUGHTERS. Boys, men, are born with power. Girls have to command it for themselves. They aren’t given it. They assume it and take it. But you have to teach them to do it, that they can do it. We HAVE to teach our daughters that they are not beholden to men like this.

Kirkland concluded by saying that Josh Duggar ought to be “cowering in fear” of his wife, and wishing that someone empowered Anna with such resolve. “As for my girls,” Kirkland said, “I’ll raise them to think they breathe fire.”