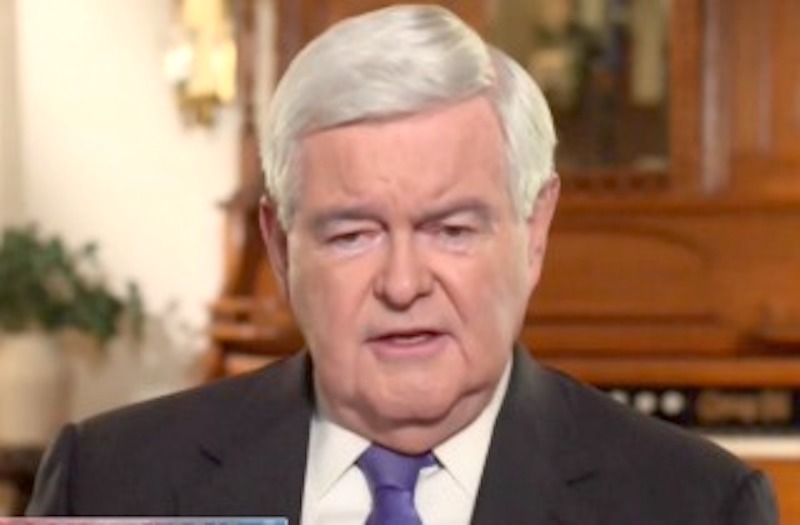 It seems Newt Gingrich agrees with Alan Dershowitz about how Robert Mueller can’t possibly be fair to President Trump if he’s setting up his grand jury in Washington D.C.

The former House Speaker posted a tweet on Sunday where he complained about Mueller using the capital’s juror pool instead of places like West Virginia where Trump got a much more positive reception during the 2016 election.

President Trump got 68.63% in West Virginia, 4.8% in Washingtoin DC. Guess where Mueller has a grand jury? Guess how biased it will be?

Gingrich’s comments echo those of Dershowitz, who recently suggested that a D.C. jury won’t be fair to Trump since the city’s left-leaning, racially-diverse demographic is predisposed to rule unfavorably against Trump. Dershowitz has taken flak from those complaining about the racial connotations of his remarks.

Gingrich has been slamming Mueller’s “witch hunt” on Trump and Russia for weeks now, but his tweet has already drawn a great deal of negative attention.

Such a cynical tweet on so many levels. Apparently all justice is partisan? If that’s what you believe, the Republic is already doomed https://t.co/7czVkM7A76

I missed the statute requiring grand juries to locate in cities where investigated politicians or staff are most popular. https://t.co/LVggn46oiW

Newt, is this sparkling legal analysis your way of auditioning to be appointed U.S. Attorney for the Southern District of New York? https://t.co/d5P70OM8ED

Your honor, I move that this murder trial be adjourned until we can assemble a jury of 12 murderers https://t.co/scMdgTPfNB

So weird how Bill Clinton was impeached in DC @newtgingrich https://t.co/iozQZyjqrW