Did Google Just Create The Future Of Print?

Did Google Just Create The Future Of Print? 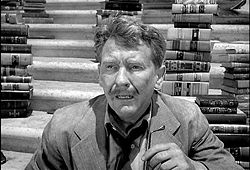 Say what you will about Google destroying newspapers and infringing on literary copyrights, they have just come up with a genius idea. Actually it’s two ideas. Wired reports that Google has taken it upon themselves to scan more than 2 million books that have fallen out of copyright and now are considered public domain, and have made them publicly searchable online. Not only that, they are making it possible for interested readers to print them. From the article:

And now Google Book Search, in partnership with On Demand Books, is letting readers turn those digital copies back into paper copies, individually printed by bookstores around the world.

Or at least by those booksellers that have ordered its $100,000 Espresso Book Machine, which cranks out a 300 page gray-scale book with a color cover in about 4 minutes, at a cost to the bookstore of about $3 for materials

Wired points out that the interest in these old books is surprisingly high and as such there is serious money to be made from this venture in niche markets. But more than that. One imagines that in many ways this is the future of publishing, both of books and newspapers. The publishing world is currently staggering under the high overhead cost of printing (and returning unpurchased books). What if instead of printing a specific amount of copies beforehand, books were printed on demand? You go to a Barnes and Noble, find the book you want and voila! Four minutes later it’s ready for you. This would also allow for the sale of back catalogs and out-of-print texts that publishers can’t afford to publish in large quantities.

And what about newspapers? It’s not hard to imagine that at some point a smaller home sized version of Google’s “expresso book machine” may be made available. What if, instead of subscribing to the print version of a paper, you were able to pay a smaller sum to print the parts you wanted for yourself? It would save enormously on the sort of costs all types of publishing are trying to cut down on. Maybe Google had to kill print before it could save it.