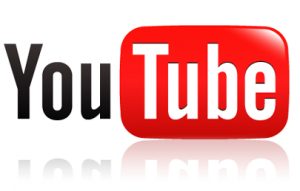 Popular speech is not protected by the notion of “freedom of speech”; it would be pointless. What freedom of speech is designed for is to defend unpopular speech, no matter how cruel or vile or bigoted. Keep that in mind as you ponder the case of the controversial (to put it mildly) anti-Islam film Innocence of Muslims, which even the White House pointed to as holding a certain amount of responsibility for the violence in Egypt and Libya. The White House, in fact, confirmed today that they directly appealed to YouTube to review all videos featuring any part of the film. YouTube released a statement today saying they will not be pulling the videos from their website.

YouTube has banned the videos from being viewed in Libya, Egypt, and other countries where such content is considered illegal, but they are not taking down the videos entirely.

“We work hard to create a community everyone can enjoy and which also enables people to express different opinions. This can be a challenge because what’s OK in one country can be offensive elsewhere. This video — which is widely available on the Web — is clearly within our guidelines and so will stay on YouTube.”

If you haven’t seen the trailer up on YouTube yet, there’s something you need to understand: it is needlessly provocative. The cast and crew of the movie have all disowned it, and you can very distinctly hear references to Mohammed dubbed into the film in post-production. The person who made this film manipulated the individuals who signed up for his project in order to get attention for just how much they hate Islam.

But because this person was being intentionally provocative, understanding full well how this could set off protests and violence in the Muslim world, akin to what happened when the infamous Danish cartoons were the subject of international attention in 2006, does that diminish just how much we should value his free speech?

Qasim Rashid at the Washington Post makes the following point about the cost of the filmmaker’s free speech.

Islam teaches that free speech is a valuable right—but not at the cost of the much higher value of and right to life. Stevens, no doubt, championed free speech and human life. But, because others valued their own right to speech more than they valued his right to live, Stevens’—along with many others—has now lost both.

Meanwhile, Christian Toto on Breitbart.com argues that no matter how “ugly” the free speech in the film comes across, Hollywood should be coming to the defense of the filmmakers.

The creative community’s veritable silence on this issue is telling. Maher’s peers didn’t urge him to prevent “Religulous” from reaching the masses. Filmmakers have a right to say what they wish through film, and it’s the public’s choice how to handle the content…

The release of “Innocence of Muslims” strikes at the heart of freedom of speech. We often hear actors bemoan the McCarthy Era’s impact on Hollywood, and of course they have a solid case. So where those same passionate defenders of freedom now? Are they lighting up Twitter defending the filmmaker’s right to say what he pleases no matter the content? Do they want directors to critique Christianity … but not Islam?

The White House did not say outright they wanted the video to be taken down, but there’s a reason I used the word “pressure” in the headline. YouTube monitors all of its content on a regular basis to see if anything violates its terms of service, especially when it comes to copyrighted material. So when the government says, “Hey, can you go over this video to see if it follows your terms of service?” what they’re really saying is “We know there’s a reason you didn’t take it down already, we would just really appreciate it if you reconsidered your judgment.” Punctuated by a little wink of understanding at the end.