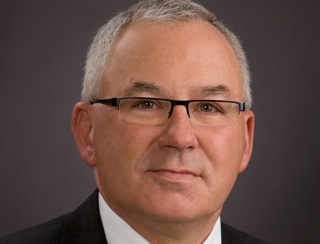 Kansas Republican House Speaker Mike O’Neal got into some trouble last week– as, it appears, a number of far-right local politicians have– for forwarding an email in which he referred to the First Lady of the United States as “Mrs. YoMama.” It seems like this wasn’t the worst of it, however, as the Lawrence Journal-World found emails where he called for President Obama’s opponents to pray a Psalm towards him with lines such as “may his children be fatherless and his wife a widow.”

Think Progress explains that the Lawrence, Kansas publication was forwarded an email O’Neal himself had forwarded to House Republicans, a standard forward that alludes to Psalm 109:8:

Earlier this week, the Lawrence Journal-World was sent an email that O’Neal had forwarded to House Republicans that referred to President Obama and a Bible verse that says “Let his days be few and brief.”

Rodee said that that email was referring to the president’s days in office.

The email, which has been posted in various places on the Internet, refers to a bumper sticker that reads “Pray for Obama. Psalm 109:8.”

The email states: “At last — I can honestly voice a Biblical prayer for our president! Look it up — it is word for word! Let us all bow our heads and pray. Brothers and Sisters, can I get an AMEN? AMEN!!!!!!”

Should the Psalm exclusively refer to a short time in power, it would be an entirely acceptable statement, though even still a bit weird for a House Speaker to be forwarding. Except it also has some, well, Biblical-sounding curses in it, and the email explicitly says that the Psalm is “word for word” applicable, and the lines after “let others step forward to replace him” are rather scary:

Let his days be few; and let another take his office
May his children be fatherless and his wife a widow.
May his children be wandering beggars; may they be driven from their ruined homes.
May a creditor seize all he has; may strangers plunder the fruits of his labor.
May no one extend kindness to him or take pity on his fatherless children.

Essentially, using the Psalm to pray towards President Obama is about an eye-gouging and a case of mistaken incest away from wishing him the fate of Oedipus.

Some have suggested that, as the email refers only to 109:8 and not the subsequent lines, it is not meant to call for the death of the President and for his children to be “wandering beggars.” Even if this is the case– and O’Neal deserves some benefit of the doubt– why take a chance on forwarding something like this? Anyone who has any experience in politics should be able to predict with some certainty that his political enemies would be able to Google the rest of the Psalm, or would have had the foresight to look up the context of the statement to make sure it wasn’t some out-of-place, highly inflammatory bit of the Old Testament. Not to mention that, unlike the more narrative parts of the Bible, many Psalms are meant to be taken as individual parts of a whole, so referencing one line of a Psalm directs back to the whole thing more than a line out of, say, Job or Revelations would. This new email is a bizarre plot deviation to a bizarre unfolding story, equal parts offensive and bumbling.