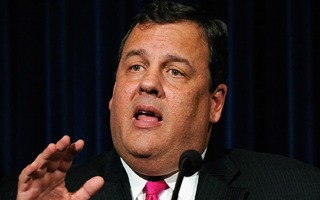 Wednesday was a big day for the Garden State. With the announcement that he will give the keynote address at the Republican National Convention in Tampa, Gov. Chris Christie will not only have an opportunity to advocate for Mitt Romney. His brand of Jersey conservatism will take the national stage with a chance to reboot the intellectual energy of the Republican Party.

The selection makes sense within the immediate context of this race–Christie’s policies won’t offend moderate Republicans, and his persona is already popular with the Tea Party elements that might disagree with him on some social issues. While it is possible he will criticize President Barack Obama in a way that offers little constructiveness, he also has the chance to deliver a memorable address that has far-reaching consequences for the Republican Party beyond its current existential crisis. For starters, broad appeal and a national platform put Christie in position to deliver a historically significant speech.

Keynote addresses have a recent history of bolstering a party’s belief in elements of its platform and re-orienting that platform in other ways. This has been the case on the Democratic side. Former New York Gov. Mario Cuomo gave a rousing speech at the 1984 DNC in San Francisco that doubled down on the moral imperative of liberalism in the Reagan era. At the 2004 DNC, then-State Senator Barack Obama launched to national prominence by declaring that “we are not a collection of red states, and blue states. We are the United States of America” as he sought a theme that would move the party beyond the Clinton era. Both are memorable, if not nostalgic, moments for the party that asked those men to deliver a productive message in primetime.

– RELATED: Chris Christie To Give Keynote Address To Republican Nominating Convention, According To Report

Especially if Gov. Romney and the GOP lose in November, Republican leaders could turn to Christie and the message he presents in the way that Democrats began to idolize Cuomo and Obama. Both men were highly encouraged to run for president after these rhetorical debuts, and Gov. Christie may well be thrust into the same position. His politics and rhetorical style could provide a new start for a Republican party in need of a 21st-century narrative in a rapidly changing America.

His hawkish stance on his state’s fiscal crisis fits neatly within the right’s message of limited government. Entitlements and public education have been a major focus for Gov. Christie, and the issue has made him an antagonist of the teachers unions and other public sector unions. After internalizing the benefits shortfall he faced when he reached Trenton, Christie asked for a 1.5 percent contribution from public school teachers towards their health care. He was met with unrelenting criticism from the major teachers’ union, but he has managed to keep his approval ratings well above water in a state with one of the country’s most politically-active teachers’ unions. For comparison’s sake, Governor Scott Walker of Wisconsin faced a contentious recall battle over the tough stance he took on the public sector.

Gov. Christie feels he understands the nuance required to sell benefit-slashing plans to voters whose worldview lies somewhere beyond primary voter orthodoxy. “If you’re asking people to do some really difficult things, which I am asking them to do,” he told Matt Bai in 2011, “then I think they feel more comfortable doing those things if they know you.” In this era of budget crises, Gov. Christie’s approach emphasizes a more practical, less dogmatic balance between the public and private sectors that provides a complement to the DNC’s message of fairness. In other words, he might as well say: ‘You guys want to balance out the contribution of the top one-percent on the tax front, well, we are looking to balance out the consumption of the public sector on entitlements.’ Bai’s piece notes the way that Gov. Christie relates anecdotes from his own experience with New Jersey’s entitlement bureaucracy to frame the issue in a less partisan, more solution oriented way. As a result, his stance rings more “human” than the typical austerity message, while still advancing ideological goals.

On energy policy, Christie’s public stance is innovation-oriented where many in his party are quick to reject alternative sources of power. His website devotes a page to energy called ‘Building New Jersey’s Energy Industry‘, voicing support for the development of wind and solar technologies. It is a more pro-growth and environmentally-conscious message than the one Gov. Romney has offered, which is described on his website as “the failure of windmills and solar plants to become economically viable or make a significant contribution to our energy supply is a prime example” of government’s inability to effectively invest in specific energy programs.

A number of Christie’s actions as governor have run at least partially counter to the image of the GOP as a white male’s party. He has appointed an Asian-American, a Muslim-American and an openly gay man to various New Jersey courts, making bids for diversity in a party that has been increasingly labeled as out-of-touch with minorities. If the Republican Party is to thrive electorally in 21st century America, it will need to escape its reputation for exclusiveness, and Gov. Christie has made it a point to use his power to advance a new way forward.

Finally, Gov. Christie has found some constructive ways to work with New Jersey Democrats, even as he has developed a stubborn reputation with their legislative majority. His bipartisan friendship with Newark Mayor Cory Booker is a model for the tone that can exist between two ambitious politicians of competing parties. Mayor Booker is often mentioned as a leading Democratic candidate for the governorship himself, but it is hard to see the two men ever becoming rivals.

The decency that exists between the two executives should be instructive for both parties. Christie has toed a plenty hard line with the majority Democratic legislature, telling them that if the government shut down, “I’m going to the governor’s residence, I’m gonna go upstairs, I’m gonna open a beer, I’m gonna order a pizza, I’m gonna watch the Mets.” But the tone he strikes when working with Mayor Booker blends his statehouse partisanship with a bi-partisan openness that has materialized in efforts to improve Newark schools.

Gov. Christie’s ideology can add a unapologetic, center-right voice to the national Republican platform. This is not to say that all of his positions are departures from current Republican orthodoxy, or that Republicans really want to depart from their current stance — one man’s views can only be so influential. But should he speak well and the Republicans need a new nominee come 2016, Gov. Christie’s speech could well thrust him into the presidential wings. Especially if Gov. Romney loses after tacking hard to the right, Gov. Christie’s blend of fiscal hawk and social moderate will play better to a changing electorate seeking problems solvers. Buried in a contentious election about Bain Capital, socialism and Chicago-cronyism could be the seeds of an intellectual step forward for the GOP’s long term future.