Greg Gutfeld on Anniversary of Breitbart’s Death: ‘He Would Have Kicked the Alt-Right Goons to the Curb’

Greg Gutfeld on Anniversary of Breitbart’s Death: ‘He Would Have Kicked the Alt-Right Goons to the Curb’ 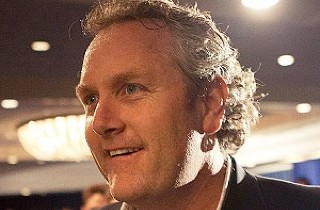 Fox News host Greg Gutfeld honored the five-year anniversary of his friend Andrew Breitbart‘s passing by writing an op-ed remembering his views… and implying he would disapprove of some of the content coming from the site that still bears his name.

“Andrew loved more than he hated,” Gutfeld wrote on FoxNews.com. “If you are one of those angry types who shouts in all caps on Twitter about how X needs to be fired and Y needs to be in jail — Andrew would have avoided you like the plague.”

“It’s too bad Andrew isn’t around to call these ghouls out. He’d be great at it,” he lamented.

Gutfeld admitted that he didn’t know where Breitbart would’ve stood on Trump. “I know he would have relished the implosion of pernicious tribal politics…” he wrote. “Would Andrew be suspicious of Trump’s autocratic outbursts, impulsiveness and disdain for critics? Or would he embrace Trump not just as a natural ally, but as the first real candidate in a post-ideological world? I don’t know, but he’d be enjoying every minute of it.”