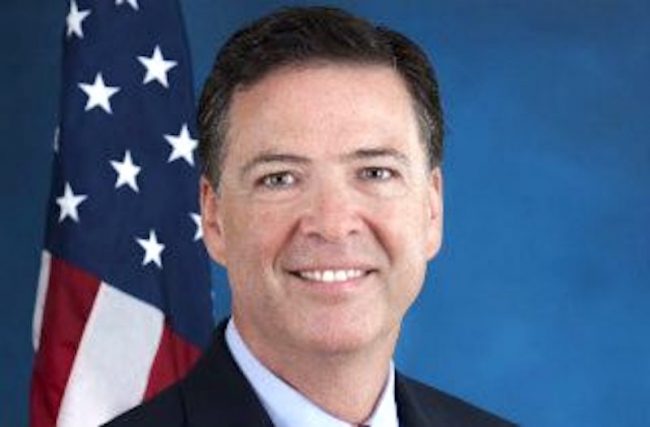 A new report from CNN this afternoon provides some more detail on how FBI Director James Comey reportedly reacted to President Trump‘s tweets about wiretapping.

As you’ve probably heard by now, Trump alleged on Twitter this past weekend that Barack Obama wiretapped Trump Tower:

Multiple reports yesterday said that Comey has asked the DOJ to reject those accusations, and according to CNN, Comey was “incredulous” about this whole thing:

The source said Comey was concerned that the allegation would make the FBI look bad, and that concern was part of what prompted the FBI director to have his staff reach out to staff at the Department of Justice asking them to knock down the allegation.

The source said Comey felt “institutionally he has to push back on this” because the magnitude of the allegations that Comey knows not to be true.

The same source also tells CNN that Comey is looking to figure out an “appropriate channel” to come out and reject those allegations. They added, “Does he know of possibility there might be a confrontation and be fired by the president? Sure. Does he worry about it? No.”

Yesterday Kellyanne Conway said on Fox News, “If Mr. Comey has something he’s like to say, I’m sure we’re all willing to hear it.”

Former Director of National Intelligence James Clapper has already come out to say he can deny the wiretapping claims, though there is some skepticism of his words in particular given that infamous “not wittingly” moment.