Happy Holidays From Mediaite, To Some Very Worthy Charities 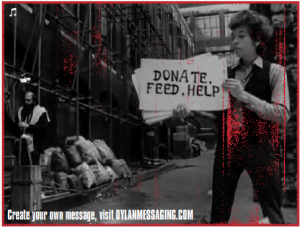 So — with that in mind — our gang at Mediaite led a charge to collect donations for a company-wide drive to support one worthy organization, which our boss and founder Dan Abrams said he would match. Our charity of choice was Robin Hood’s “Food For Good” campaign (a favorite here, and for which I was one of the co-chairs) and together a group of Mediaite staffers and contributors, as well as Abrams Research staffers with whom we share an office, chocolate and a happy camaraderie, stepped up and donated to make this holiday season a little bit better for hungry New Yorkers in need.

Our little office raised $500 — which Dan has matched. So! Robin Hood! You are now $1000 closer to your goal of feeding 120,000 people this holiday season.. There’s still a week to close the gap before the end of the year — anyone out there feeling competitive? If everyone on the Mediaite 50 donates $50, that’ll make a nice dent…Denton?

Other charitable news from HQ: Before Mediaite launched, I coordinated three surveys for Abrams Research which each had a bonus question for which the winner would “win” a donation to charity. Here they are:

So — there you have it. 2009 hasn’t exactly been an easy year financially — for donors or the charities that rely on them. It feels good to do our part to help, however we can. So — happy holidays to Robin Hood, Project Sunshine, Charity:Water and Harlem Children’s Zone, and to all of you. Here’s to a 2010 where everyone can afford to give a little more and need a little less.